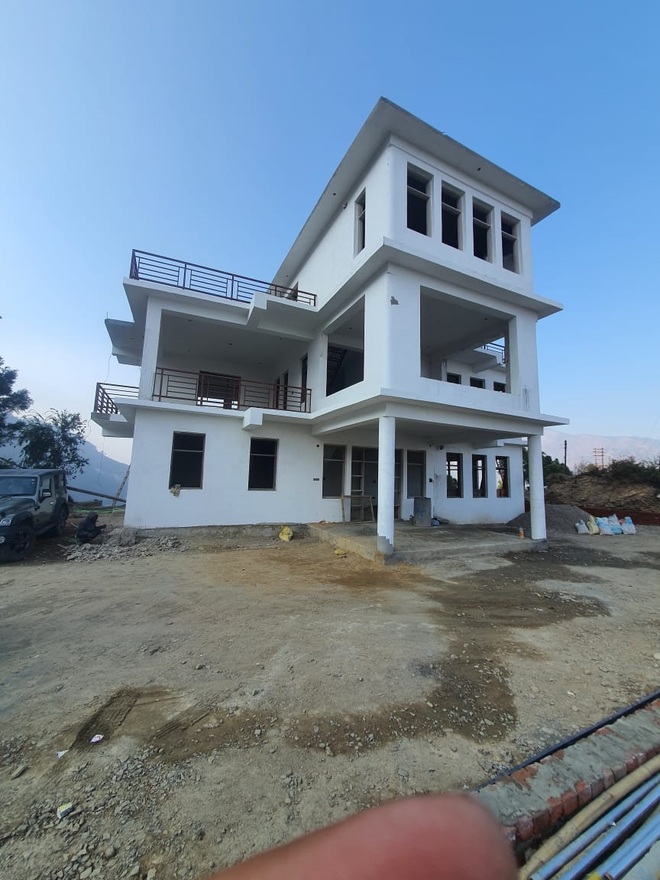 The under-construction residence of SE at Solan.

Adequate water availability in Kasauli and its surrounding areas is still a distant dream with the much-awaited Rs 23.24-crore Kalujhinda potable lift water scheme having been scrapped citing non-availability of funds as the reason.

The scheme was approved in September 2018, nearly a decade after it was conceived, and involved lifting of surface water from Mandhala village in Baddi. The water was supposed to be supplied to Kasauli Assembly segment. This could have triggered a conflict and this was being cited as another reason for scrapping this scheme.

The villages in Kasauli area have been facing an acute water shortage. Sometimes water is supplied after three days. The situation gets worse during the peak summer when a majority of potable water schemes register a decline in water level. In the absence of any other source of irrigation, villagers are forced to divert water to their cash crops, leading to more crisis.

Commercial tourism projects and multi-fold increase in population has worsened the situation during the last two decades. Tourist influx in summer further adds to woes.

The department has now conceived a new scheme which involves lifting of water from the Giri river. It would be commissioned in the next two years.

Executive Engineer Jal Shakti Vibhag, Solan, Ravikant Sharma informed that the Rs 102-crore scheme has been funded by Jal Jiwan Mission (JJM) and National Bank for Agriculture Development (NABARD). As much as Rs 56 crore have been provided by the JJM and Rs 46 crore from NABARD. Its work was awarded in August and it is slated to be completed in the next two years by July 2023.

The new scheme involves lifting of water from Giri river and it is a triple stage scheme.

As many as 179 habitations of Kasauli Assembly segment comprising a population of 45,458 would be benefitted and it will supply 7.5 million litres water per day.