National highway was blocked after landslide near Jeori on Monday 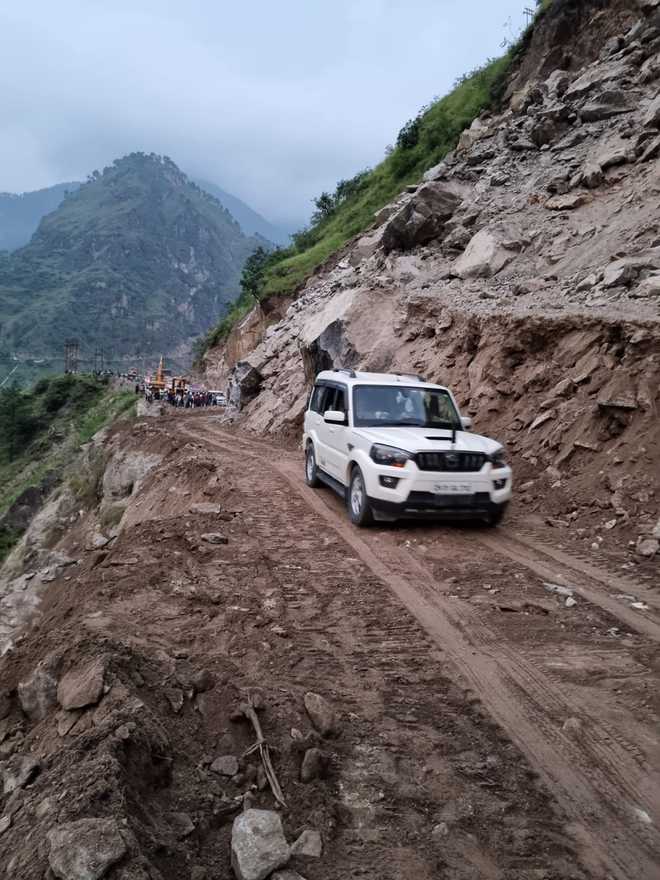 A vehicle from Kinnaur side crosses the NH near Jeori on Tuesday.

The National Highway No. 5, which was blocked ahead of Jeori in Rampur subdivision of Shimla district yesterday morning after a landslide, was restored to traffic after almost 33 hours.

A large number of vehicles were stranded on the Kinnaur side and a traffic jam up to four or five kilometres was witnessed. The highway has been opened for one-way traffic from the Kinnaur side as a large numbers of vehicles were stranded in the absence of an alternative route. While commuters crossed the stretch on foot, vehicles would not be allowed to ply today night, as a precautionary measure, said Yadvendra Pal, SDM, Rampur.

“We will explore the possibility of an alternative road to Kinnaur because the district is cut off whenever a landslide occurs on this road, which is strategically important for the country,” said Shimla Deputy Commissioner Aditya Negi.