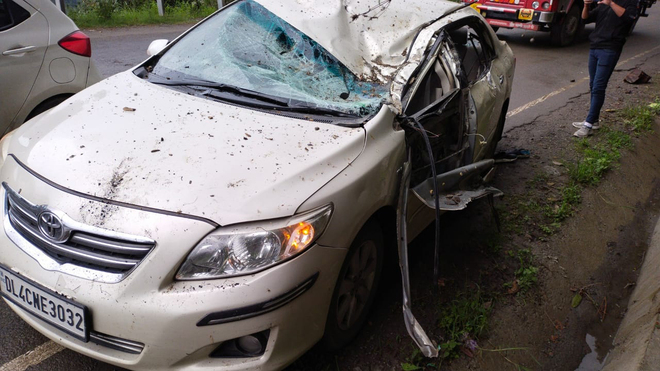 A vehicle damaged in a landslide near Shoghi in Shimla on Friday.

Four tourists were injured when rolling stones fell on their car on the National Highway No. 5 near Shoghi on the outskirts of Shimla Friday morning.

The ill-fated vehicle (DL 4CNE 3032) carrying four persons was on its way to Chandigarh from Shimla when the tragedy struck. The car was badly damaged and the injured were rushed to the IGMC, Shimla, police sources said.