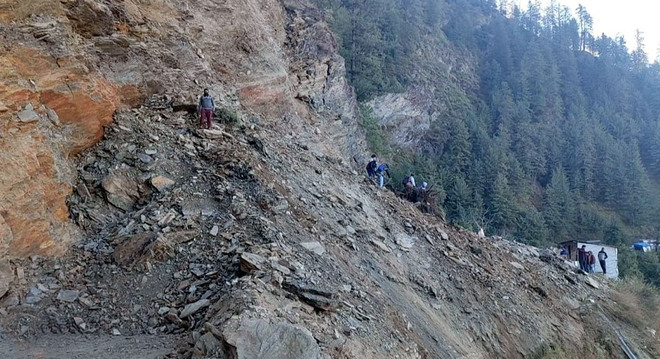 A landslide near Theog in Shimla on Tuesday. Tribune photo

Shimla has attained the top ranking in the Sustainable Development Goals survey conducted by the Niti Aayog in 56 cities across the country on social, economic and environmental parameters.

The numbers for the survey were gathered from official sources such as the National Family Health Survey, National Crime Record Bureau, U-DISE and portals of various ministries.

“A lot of work has been done in Shimla through the Smart City Mission and AMRUT mission. Attaining the top rank in sustainable development goals is a big feat for the city,” said Urban Development Minister Suresh Bhardwaj. The minister said efforts would be made to ensure that Shimla stays on the top. “Shimla has received 75.5 points out of 100 in the survey,” he said. The top 10 cities in the survey are Shimla, Coimbatore, Chandigarh, Thiruvananthapuram, Kochi, Panji, Pune, Tiruchirappalli, Ahmedabad and Nagpur