Shops to be dismantled for road widening work in Shimla : The Tribune India

Shops to be dismantled for road widening work in Shimla

Bottlenecks in Shimla to be removed for smooth traffic flow 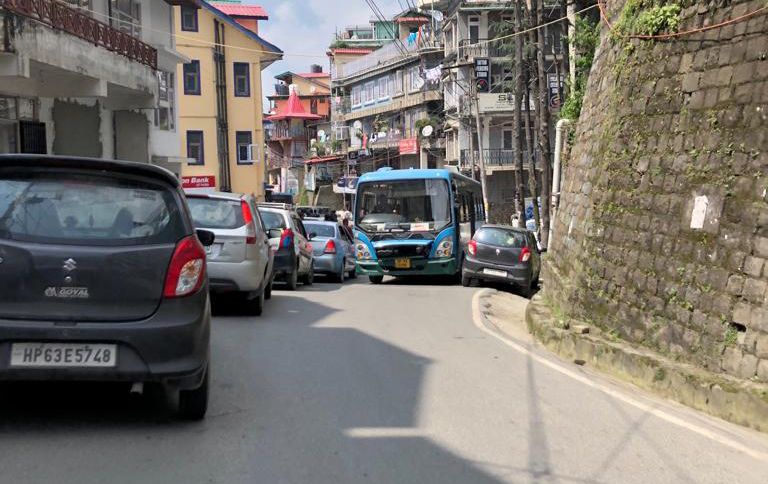 Major bottlenecks at Boileauganj Chowk and the Chhota Shimla-Kasumpti stretch will be removed shortly to ensure the smooth flow of traffic.

Shops on the roadside will be dismantled to widen the road at both places. “At Boileauganj Chowk, a couple of shops will be dismantled. The affected shopkeepers will be shifted to nearby shops, which are ready,” said MC Commissioner Ashish Kohli. “The widening of the road will ease the flow of traffic,” said Kohli.

A major widening work has already happened on the Chhota Shimla-Kasumpti stretch. However, there remains a bottleneck around 100 metre away from Chhota Shimla Chowk where the traffic from one end has to be stopped to let the vehicles coming from the other side cross.

“A few shopkeepers will be relocated to the MC complex nearby for about a year. In the meantime, the PWD will widen the road and the shops will be pushed back by 10-15 feet,” said Kohli.

The other major bottleneck on the city roads is Dhalli Chowk. While the road from the Dhalli tunnel to Dhalli Chowk has been adequately widened, the road from Dhalli Chowk towards Kufri/Mashobra is narrow and witnesses frequent traffic jams. “This stretch, too, is under consideration for widening. A meeting is slated for Friday,” said Kohli.

Among major works being carried out to remove the traffic bottleneck on the city roads is the proposed flyover from the Khalini bypass.

“It’s a big project worth Rs 10 crore. The CPWD has already started the work. The flyover will ease the traffic congestion significantly once it’s ready,” said Kohli. Roads have already been decongested at Chhota Shimla Chowk and the old bus stand near Panchayat Bhavan. “There’s no traffic hindrance at the two spots now,” said Kohli.