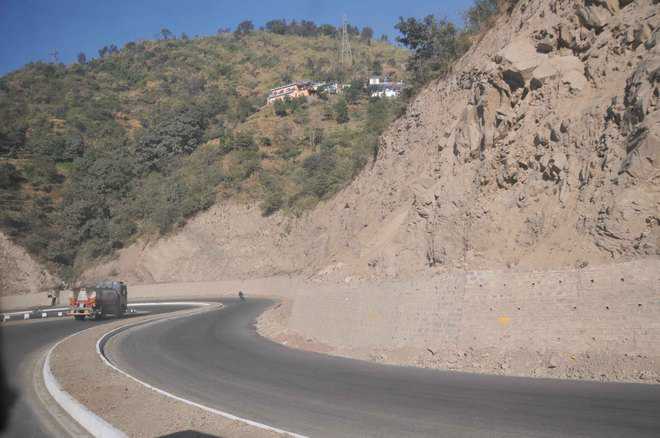 Even after the lapse of over six years, 69 roads declared national highways are nowhere on the ground.

Even after the lapse of over six years, 69 roads declared national highways are nowhere on the ground. Even the detailed project report (DPR) of any of these roads has not been prepared so far.

In June 2015, the BJP, then in opposition, was all praise for Union Minister for Road Transport and Highways Nitin Gadkari for giving in-principle nod to the 69 national highways having a total length of 4,312 km. The state PWD was assigned the task of preparing the DPRs.

As per the information procured by RTI activist Rohit Bhagwat, consultancy work in respect of 58 highways is in progress and draft alignment reports have been sent to the Union Ministry of Road Transport and Highways. Chief Engineer (National Highways) SK Atri said, “The approval of draft alignment reports of 58 highways submitted to the ministry between April and November 2018, is awaited.” The feasibility report and DPRs would be submitted only after that.

The BJP had been accusing the previous Congress government of not expediting the DPRs, but even after nearly four years in power, the work is stuck. The expenditure on construction of highways was estimated around Rs 30,000 crore in 2015. The delay will result in escalation of the cost.