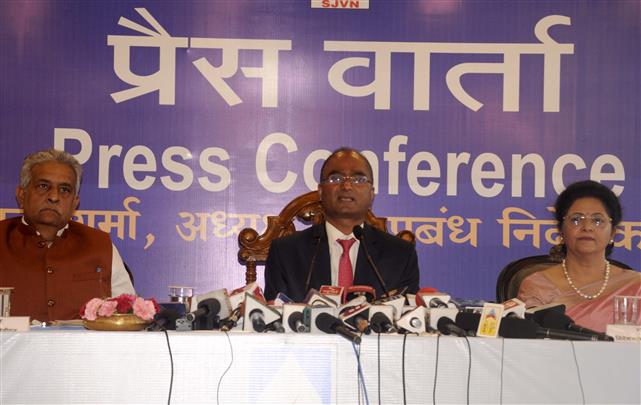 Satluj Jal Vidyut Nigam (SJVN) will invest around Rs 1.5 lakh crore over the next 7-8 years in various power projects within and outside the country. The power giant will make this investment to achieve its targeted installed capacity of 25,000 MW by 2030.

In another major announcement here today, the SJVN said the work on the Sunni Dam Hydroelectric Project, around 40 km from Shimla, will start in a month’s time. The project with 382 MW capacity will cost around Rs 2,600 crore.

“All formalities have been completed and clearances received. The investment approval from the Centre is expected in the next 15 days. The work on the project will start in a month’s time, and the project will be commissioned in five years,” said SJVN chairman and Managing Director Nand Lal Sharma.

Sharma further said that the work on hydroelectric plants in the state – 210 MW Luhri Stage 1 and the 66 MW Dhaulasidh project – was on at war footing. “These projects were declared unviable but we have made them viable and these will be commissioned by 2024-25,” said Sharma.

About SJVN’s investments in future, Sharma said the company would invest around Rs 1.5 lakh crore over the next 7-8 years, mainly in renewable sources like solar and wind, to achieve its revised and upscaled target of becoming a 25,000 MW company by 2030. The company’s current installed capacity is 2,016 MW.

“We have 14 projects under construction within and outside the country with a capacity of around 4,500 MW. So we are very close to having an installed capacity of 5000 MW by next year,” he said.

“Besides, we have several other projects at various stages of development. We have the required cash flow and technical expertise to make them functional in the given time frame and reach the 25,000 MW milestone by 2030,” said Sharma.

Sharma said such heavy investment would create huge employment opportunities for the state. “At present we are offering employment to 15,000 people directly and indirectly to roughly the same number.