Snowfall likely in parts of Himachal on Saturday 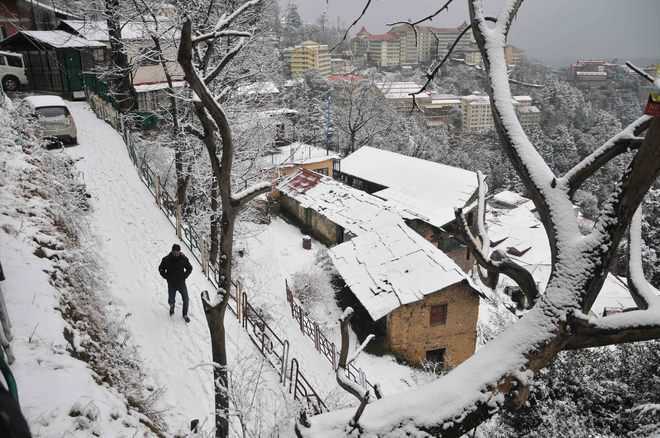 High hills in Himachal Pradesh are likely to receive rain and snowfall on Saturday, the Meteorological (MeT) department here predicted.

The centre forecast rain and snowfall at isolated places of high hills in Himachal Pradesh on February 13.

Keylong, the administrative centre of tribal Lahaul and Spiti district, continued to be the coldest place in Himachal Pradesh at minus 5.9 degrees Celsius, Singh said.

Manali, Kufri and Dalhousie registered a low of 1.8, 7 and 7.9 degrees Celsius, respectively, he said.

Shimla recorded a low of 7.2 degrees Celsius, he added.

The highest temperature in the state was recorded in Una at 26.8 degrees Celsius, the local MeT office said. — PTI