Speed up work on Rohtang ropeway project: NGT to govt 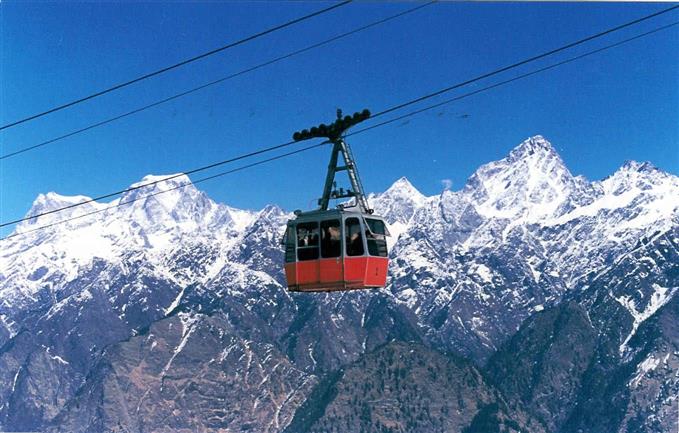 The National Green Tribunal (NGT) today directed the Himachal Government to expedite the process for the Palchan-Rohtang ropeway and asked the Chief Secretary to monitor compliance.

A Bench headed by NGT Chairperson Justice Adarsh Kumar Goel noted there was also a delay in the grant of electric connection to the Sewage Treatment Plant (STP) at Marhi and the status of the upgrade of the Manali STP was not known.

“It is seen that the ropeway project has not been completed for want of the environmental clearance. Steps are in progress for the setting up of the STP at Marhi and the upgrade of the Manali STP for parking facilities, solid waste management facility, nature park and electric buses. The steps need to be expedited,” the Bench observed.

“Steps for the solid waste management facility at Manali and other pending jobs need to be expedited. Let all the same be monitored at the level of the Chief Secretary and compliance ensured in a time-bound manner. The final compliance report may be filed before the next date by email,” the Bench said.

The matter is listed for the next hearing on October 26.

The direction came after the Deputy Commissioner, Kullu, told the tribunal that the project head of Manali Ropeway Pvt Ltd has informed that the stage-II / final approval has been given by the Environment Ministry and the final order of the diversion of forestland shall be passed by the state government after obtaining permission of the Supreme Court.

The state government told the NGT that it has filed an application in the apex court seeking permission for this project as it had imposed an interim stay/ban on the processing of forestland diversion cases.

“Further, for obtaining the principal approval of environment clearance, the matter was already taken up with the MoEF, but it was lying pending for want of the finalisation of notification for declaring the eco-sensitive zone of the Manali Wildlife Sanctuary. In this regard, the Principal Chief Conservator of Forests, Wildlife, has informed that the final notification of the eco-sensitive zone around the sanctuary has now been issued vide the Ministry of Environment Forest & Climate Change,” the DC said in his status report.

The NGT had earlier directed the government to take steps to initiate the stage-II forest and wildlife clearance for the Palchan-Rohtang Pass ropeway and submit a fresh proposal for an eco-zone draft notification. PTI