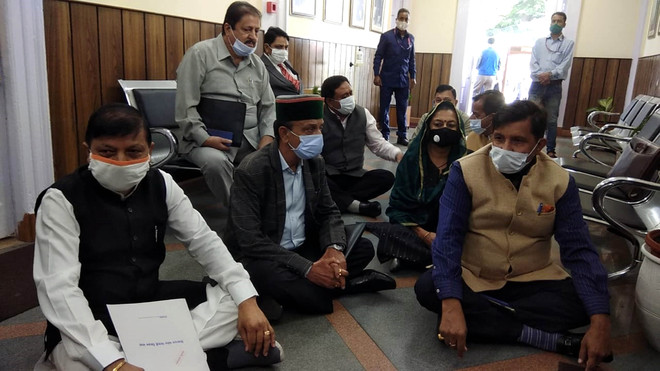 Congress MLAs protest in front of the Speaker’s office at the Vidhan Sabha in Shimla on Tuesday. Photo: Amit Kanwar

The Congress MLAs today sat on a dharna outside the office of Speaker Vipin Parmar, alleging that their voice was not being heard.

Later, the Congress MLAs, led by Leader of the Opposition Mukesh Agnihotri, held a meeting with the Speaker and Parliamentary Affairs Minister Suresh Bhardwaj.

The Chief Minister condemned the Opposition for holding a dharna against the Speaker. “This is for the first time that the Opposition MLAs have resorted to such a protest outside the Speaker’s office and this is condemnable,” he said.

He said it was totally wrong on the part of the Opposition to pass remarks against the chair. 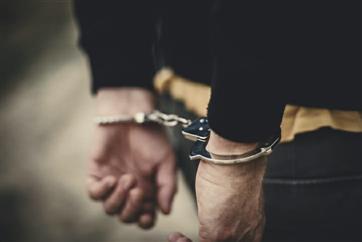 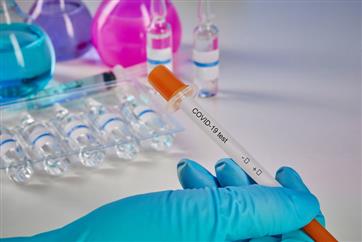