Suspended a year ago, train service yet to be restored 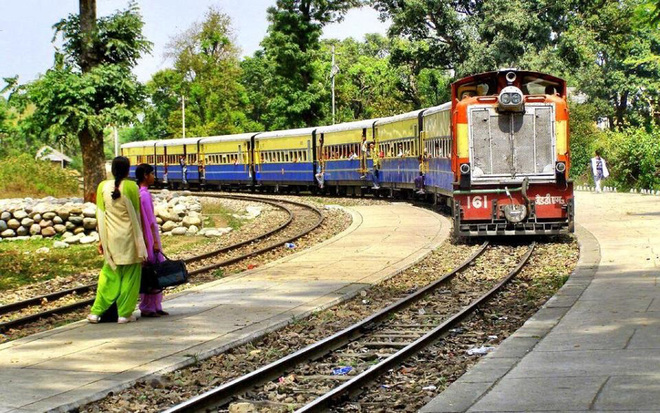 The DC had written to the Railways, but the service had not been resumed yet. File photo

The train service on the Pathankot-Jogindernagar narrow gauge railway line has been lying suspended for the past about a year now. The railway service on the route, which was made operational by the British in 1929, was suspended in March last year in the wake on the Covid pandemic.

Though most of Covid restrictions have been lifted, the authorities have not resumed the train service on the route. Kangra Deputy Commissioner Rakesh Prajapati said he had written to the Railways to resume the service in the interest of the people of the region. “However, the service has not been resumed yet. I will take up the issue with the authorities again,” he said.

Only public transport for residents

Residents of the Jawali area and people living in the Pong Dam catchment area in Kangra district are suffering due to non-availability of the service. In many areas of Jawali, which fall in the Pong Dam wildlife sanctuary, this narrow gauge railway line was the only mode of public transport. There are no roads to many villages as they come under the wildlife sanctuary area.

Raghav, a resident of the Pong Dam area, said seven trains used to ply between Pathankot and Jogindernagar regularly. “It is for the first time that the train service on this historic route has been suspended for such a long time. We have been hearing political leaders raising a demand that a board gauge railway line should be linked to Kangra district. But it is sad that the Railways is not even able to maintain services on this gauge railway line,” he said.