Tattapani to be next tourism spot 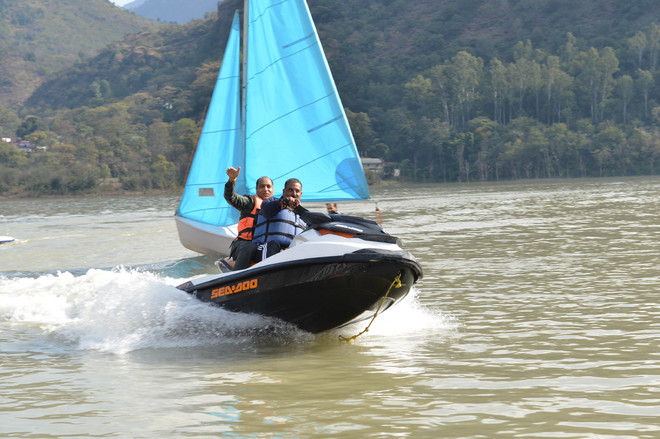 A modern cafeteria would be opened and e-toilet facility would be provided in Tattapani to facilitate the tourists visiting this place, said Chief Minister Jai Ram Thakur while addressing a gathering on the occasion of Tattapani Tourism Festival and district level Makar Sakranti Mela at Tattapani in Karsog area of Mandi district today.

The Chief Minister said that a Rs 25-crore lift water supply scheme would be completed within the next two years foundation stone for which was laid today. This would solve the water problem of nearly 11 panchayats of the area.

Keeping in view rich history of Tattapani, the government would develop it as a major centre of water sports, he said and added that efforts would be made to develop Tattapani as a major tourist destination so that the tourists visiting Shimla were also motivated to visit Tattapani.

He said that apart from having immense tourism potential, Tattapani was also a major religious destination, attracting thousands of religious tourists from all over the country. The Chief Minister took a dig at the Congress leaders for their comments regarding his participation in Natti and said that this shows the disrespect of these leaders had towards rich culture of the state. He made it clear that Natti would go uninterrupted not only during the next three years but for another five years.

The Chief Minister announced opening of a health sub centre at Sartala and Rs 15 lakh for construction and maintenance of different roads in Tattapani area. He announced rectification of black spots from the Tattapani-Churag road and also announced construction of a helipad at Tattapani provided land was made available for the same.

Thakur announced adequate funds for maintenance of Chaba footbridge and for construction of building of Government Secondary School, Kheel. He also announced Rs 10 lakh for development and beautification of Shakra village and Rs 10 lakh each for three scheduled castes concentrated villages of the area. Later in the evening, the Chief Minister inaugurated Tattapani Tourism Festival and participated in Satluj Aarti. As many as 3,000 diyas were lit on the occasion. — TNS