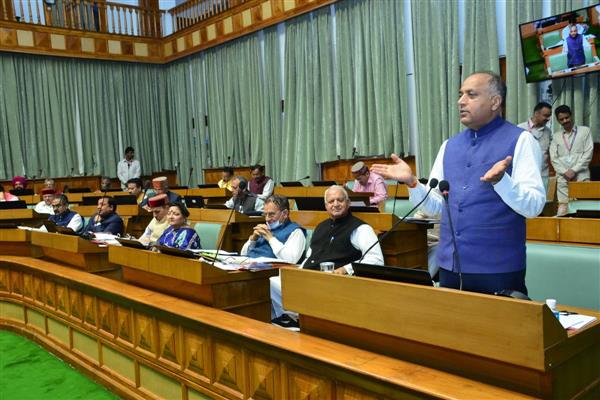 Chief Minister addresses the Assembly on the third day of the monsoon session on Friday. Tribune photo

Agnihotri got agitated when in reply to his question on the number of new vehicles purchased by various departments, boards and corporations, the Chief Minister said that the information was still being collected. “It appears that the government is deliberately trying to hide information when it can easily be got under the Right to Information Act,” he said, leading to heated arguments between the Opposition and treasury benches. However, Speaker Vipin Parmar intervened and successfully calmed the frayed tempers.

Thakur said as the information sought by Agnihotri was exhaustive, it was taking time to collect. “Moreover, vehicles have been bought to facilitate government work, so there is no question of concealing information,” he added.

Thakur said that departments such as police, fire services, health and public works had been granted permission to purchase vehicles to enhance their efficiency.