Their world came crashing down within a split second 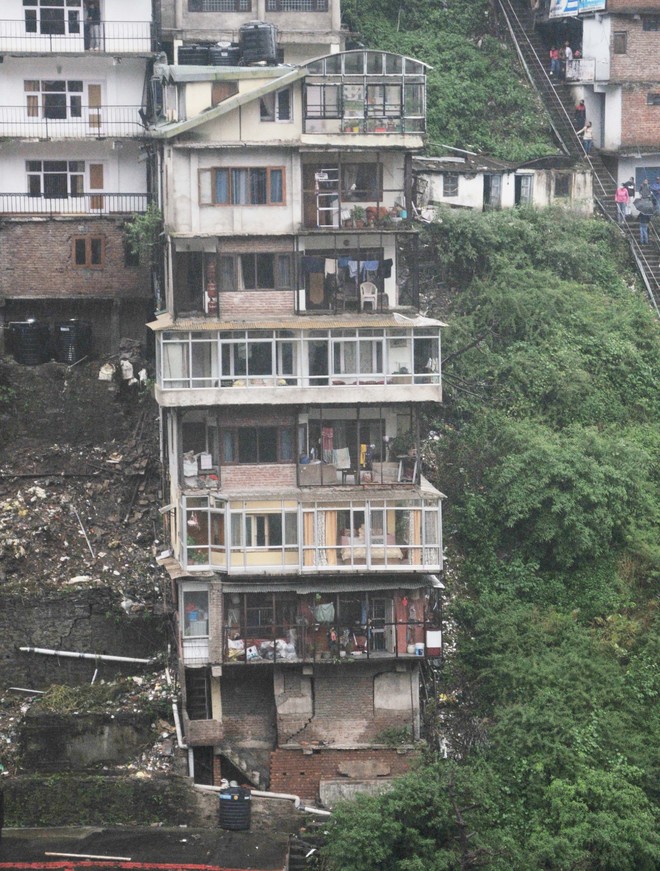 The seven families who had bought flats from the owner of the collapsed building in Kachi Ghati are a devastated lot, having lost not just their life savings but all their belongings in the tragedy in a split second.

The seven families who had bought flats from the owner of the collapsed building in Kachi Ghati are a devastated lot, having lost not just their life savings but all their belongings in the tragedy in a split second.

“We barely saved our lives by running out. We have lost everything else as there was no time to take any belongings,” said a crestfallen Adityavir Thakur, who works at a school. He had bought the top floor of the ill-fated building five years ago for about Rs 40 lakh, and that too, with the savings of his father and grandfather.

“Though the panic had set in about 10 days back, architects and engineers assured us that the foundation would be strengthened to prevent collapse,” said another flat owner.

The building had developed cracks on September 29 and the administration, too, had been alerted, who got the building evacuated yesterday morning.

DC Aditya Negi said four other buildings, two above and two below the collapsed building had also been evacuated yesterday. He said polythene sheets had been spread to prevent further seepage.

The seven affected families today waited anxiously for the administration to let them retrieve whatever little could be saved, but they were not allowed to go near the site.

Now, questions are being raised on the failure of the authorities concerned in checking if there were any violations as per the approved building plan, the ownership of the land on which the building was raised and if the basement was dug, which could have triggered the disaster.

Principal Secretary, TCP, Rajneesh maintained that the directives of the NGT were being honoured in letter and spirit.

Some locals said Kachi Ghati, as the name suggests, had come up on loose strata of debris dumped during construction in the main town. Several high-rise buildings have come up there despite the area not being suitable for such heavy structures.

The incident has exposed the haphazard construction, though majorly curbed by the National Green Tribunal order, banning all new construction in the Core and Green Zone and restricting new buildings in other parts of the town to a mere two-and-a-half storey.