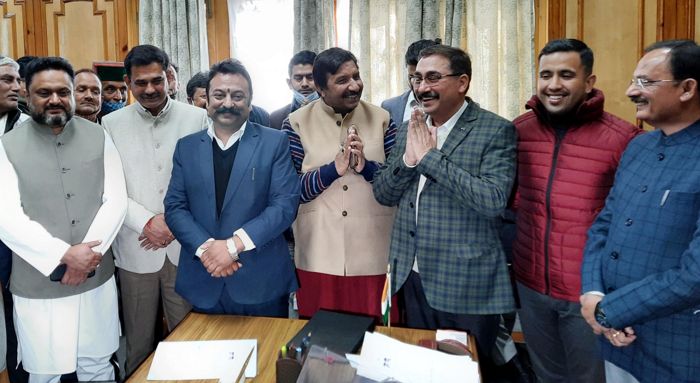 MLAs Rohit Thakur from Jubbal-Kotkhai in Shimla, Sanjay Awasthy from Arki in Solan district, and Bhawani Singh Pathania from Fatehpur in Kangra district, all belonging to the Congress, took the oath.

“The newly elected legislators should expedite development works in their constituencies and conceive and implement new projects and schemes for the benefit of people,” said Parmar while congratulating them on their victory in the byelections. He added that the MLAs should participate in debates in the Assembly and effectively raise issues concerning people so that these could be addressed.

The number of BJP members in the Assembly now stands at 43, Congress 22, CPM one and Independents two. Congress Legslature Party (CLP) leader Mukesh Agnihotri, and MLAs Harshwardhan Chauhan and Vikramaditya Singh were also present on the occasion.