To check indiscipline, BJP to issue show-cause notice to 24 in Himachal 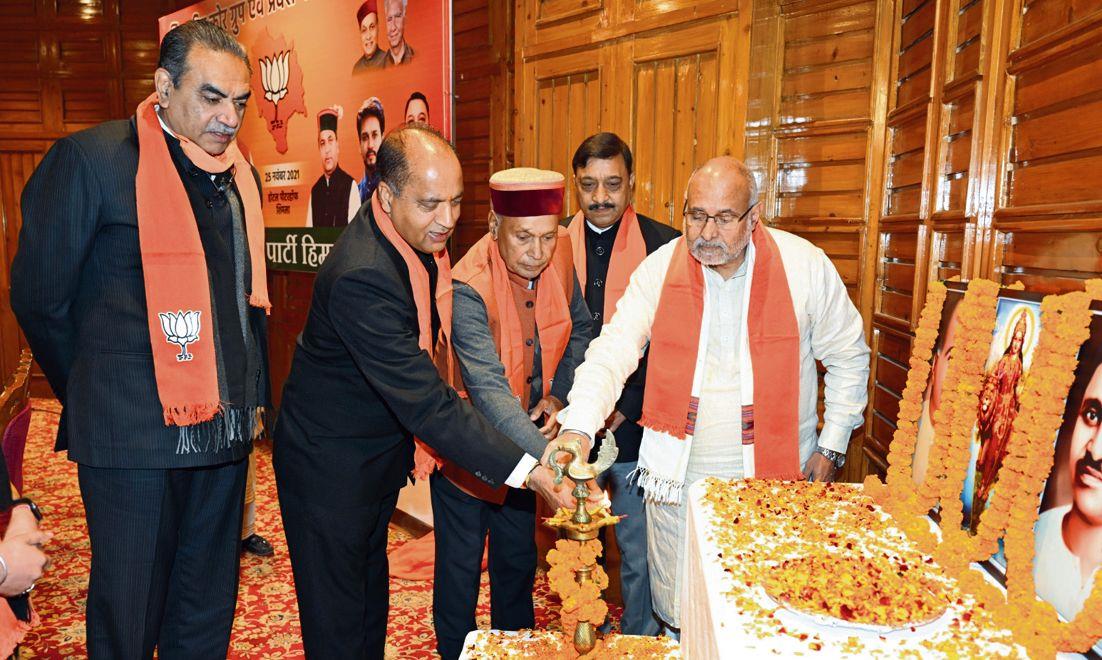 As many as 24 BJP leaders are likely to be issued a show-cause notice for working against the party’s interest in the recent byelections. Senior leaders are stressing the need to rein in growing indiscipline in the party.

The issue of growing indiscipline damaging the party, especially in the four byelections, was taken up prominently at the crucial Core Group meeting being held here. The party has got reports from various quarters throwing light on the factors that led to the bypoll debacle, but it strongly feels that vote undercutting by its own leaders harmed its interests the most.

‘Discontent among workers against govt to blame’

Senior leaders such as national BJP vice-president Saudan Singh, Chief Minister Jai Ram Thakur, state BJP president Suresh Kashyap, former Chief Minister Prem Kumar Dhumal, senior party functionaries, ministers and MLAs are attending the three-day meetings of the Core Group, State Executive and the BJP Legislature here. The meetings are primarily focusing on the reasons for the byelection defeat so that corrective measures could be taken even if it involved major changes, both in the government and the organisation.

“The party has taken a serious view of the attempts made by some leaders to sabotage and damage the party and show-cause notices will be issued to them shortly,” said Randhir Sharma, BJP’s chief spokesperson, while taking to mediapersons here. He admitted that the unfavourable bypoll results were an eyeopener for the BJP and the party was deliberating on the shortcomings to formulate a new strategy to ensure victory in the 2022 Assembly elections.

“Decisions such as change in the leadership or organisation and Cabinet rejig are taken by the party’s central leadership and as such these issues are not being discussed at the Core Group meeting. As is the norm in the BJP, it is the Chief Minister who will lead the party in the elections,” said Sharma.

He said that the Congress should not be under misconception about its victory in the 2022 Assembly elections, as it has around 10 to 12 claimants to the Chief Minister’s post. The Congress should stop dreaming about victory as ‘Dilli abhi door hai’, he added

Sharma said that the BJP would focus on training workers, besides launching a Maha Sampark programme so that the schemes and policies of the government could be taken to people.