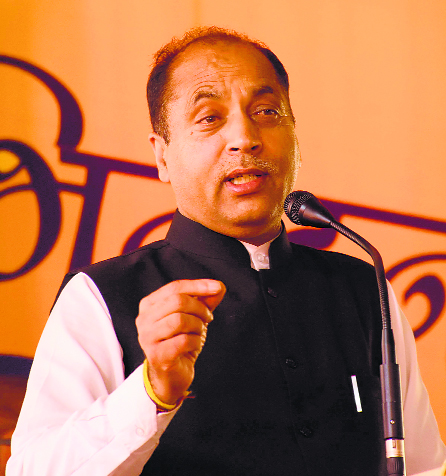 The BJP top leadership seems to have intervened to lessen the bitterness created within the party over the issue of the much-delayed project of Central University of Himachal Pradesh (CUHP).

Union Minister of State for Finance and Corporate Affairs Anurag Thakur, in a Tweet, thanked the CM for issuing directions to the officials concerned to expedite the files for clearances to the CUHP project. He tweeted that the BJP was committed to ensuring the overall development of the state and they would all work together for the same.

The Union Minister had asked the CM at a public rally at Jaswan Pragpur on November 17 to hold the state bureaucracy accountable for not being able to transfer the land allotted for the project in the name of the CUHP at Dehra.

The CM refused to comment on the issue. Asked about the statements of Independent MLA from Dehra Hoshiar Singh, who had blamed the Union Government and Anurag Thakur for the delay, he said that he wanted to get rid of the controversy. “My priority will be to allot land for the CUHP at the earliest,” he added. Sources said though the BJP leadership was trying to bury the hatchet over the issue, it was not going to die down anytime soon.

Meanwhile, Congress workers, led by HPCC general secretary Kewal Singh Pathania, held a protest at Shahpur, alleging that the BJP's infighting was behind the delay. The project should be started immediately, Pathania said.