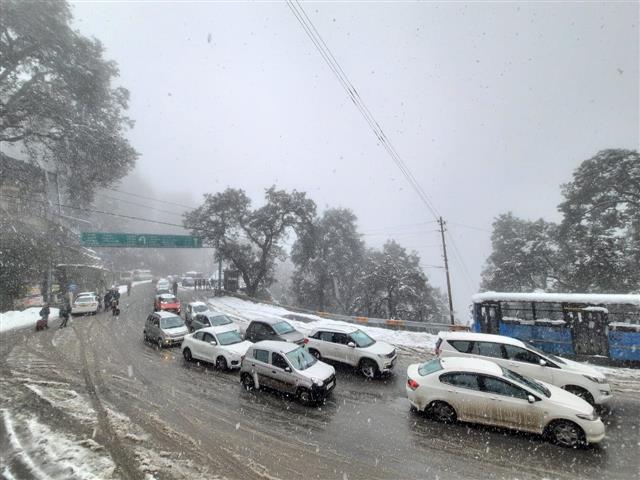 A large number to tourists thronged Shimla to enjoy snow and hotel occupancy was about 95 per cent on Sunday.

Many tourists were arriving to the hill state on Monday also.

Thick fog had on Monday engulfed Shimla and surrounding areas amidst drizzle, sleet and traces of snow affecting normal life.

The district police have issued an advisory to commuters to check the road conditions before venturing out as several roads are still blocked due to snow.

Upper Shimla areas are inaccessible by road as Theog-Chopal road near Khidki, Theog-Rohru road near Khadapather are blocked.

Theog-Rampur road near Narkanda and Shimla-Theog road near Kufri-Galu-Fagu are closed and some closed roads within Shimla town are being cleared by NHAI, PWD and Municipal Corporation and police have requested people not to drive on these roads.

Naina Devi and Sangarh received 52 mm of rain each followed by Dharamshala and Bilaspur 40 mm each. As many as, 700 roads are blocked in Himachal.