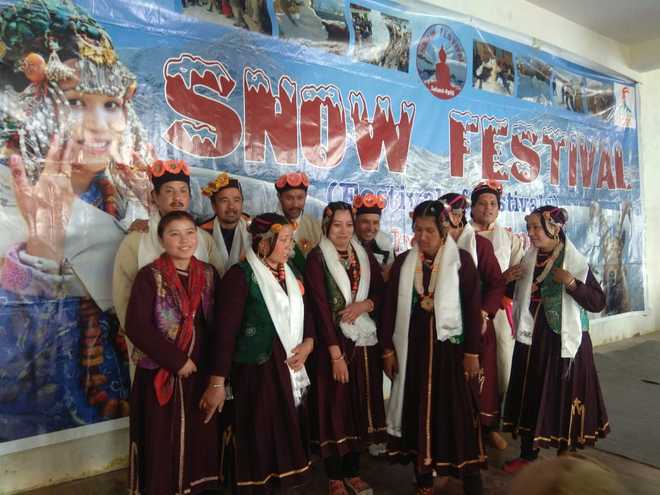 A group of tribal men and women at the snow festival in Lahaul-Spiti on Tuesday. Tribune Photo

He also participated in the traditional yatra held during the snow festival at Shashur, where a folk dance was performed by a team from Keylong. Various cultural programmes were also held at the event.

The minister said several events and festivals were being held at various places and these were being integrated with each other through the ‘festival of festivals’. He said the entire expenditure of the festival had been borne by the people with community support and the administration had only provided the logistic support to the people. The minister said the snow festival would prove effective to promote religious and cultural tourism.