Traffic diverts on Solan-Shimla highway after portion of road caves in : The Tribune India 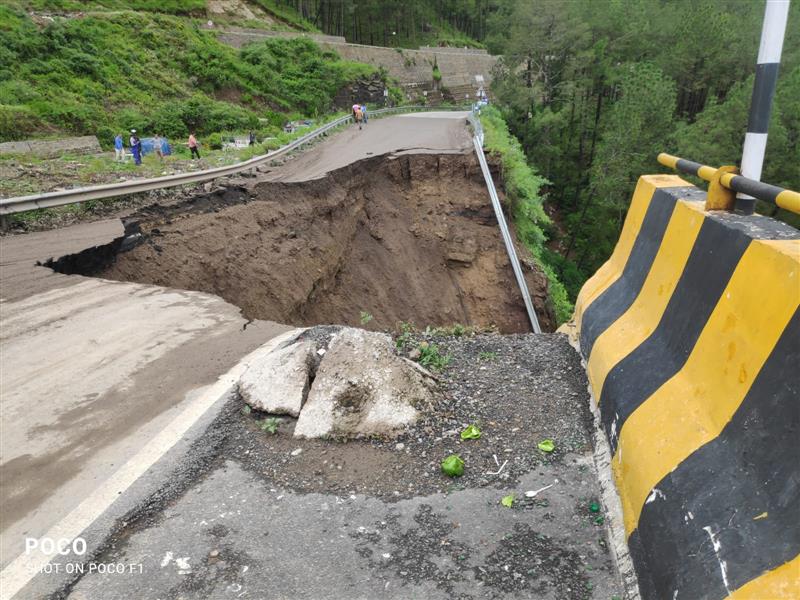 This road started showing signs of depreciation for last two days considering which vehicular traffic was diverted from the affected spot.

A 50-metre stretch on the newly constructed four-lane Solan-Shimla highway at Shamlech village caved in on Thursday afternoon.

The incident though hasn’t claimed any life but two vehicles got damaged as debris fell on them while plying on the road below. This road started showing signs of depreciation for last two days considering which vehicular traffic was diverted from the affected spot.

According to Balwinder Singh, project manager, a stretch of about 50 m has caved in on the Solan side before the flyover. The road has been closed for traffic.

Police officials informed that the road leading to the flyover has caved in and two vehicles plying on the road below were damaged as its debris fell over them. The occupants escaped unhurt.