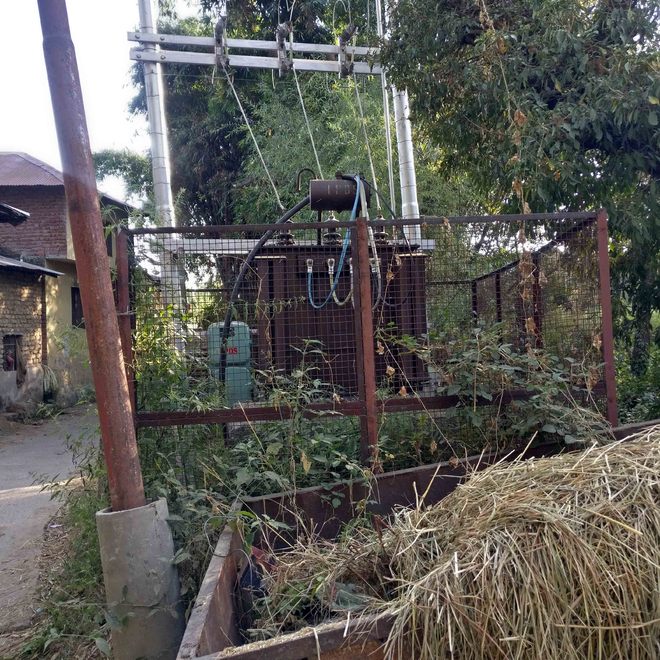 A HUGE transformer installed by the HPSEB authorities at Aima village last year has not been made operational so far.

Is a civic issue bothering you? Are you agitated over the lack of concern? Is there something heartening that you feel needs to be highlighted?

Or a picture which in your opinion ought to be seen by many, and not just you?

A HUGE transformer installed by the HPSEB authorities at Aima village last year has not been made operational so far. It was installed under a Centrally sponsored scheme to check the problem of frequent power failures. Residents of the area face power cuts daily, but the HPSEBL authorities have failed to make any effort to make the transformer operational. In the absence of maintenance, bushes have grown around the transformer, which was put in place at a cost of Rs 30 lakh. The money will go waste if remedial measures were not taken at the earliest. Ramesh Kumar, Palampur

A DIGGING exercise by the PWD for constructing a road led to a landslide recently, causing threat to my fields. The department had promised to build a retaining wall, but the contractor concerned is using "substandard" material for the same. Despite repeated pleas to use proper material, he is paying no heed. The PWD should intervene and solve the matter. Sudarsahan Dhirta, Kupvi