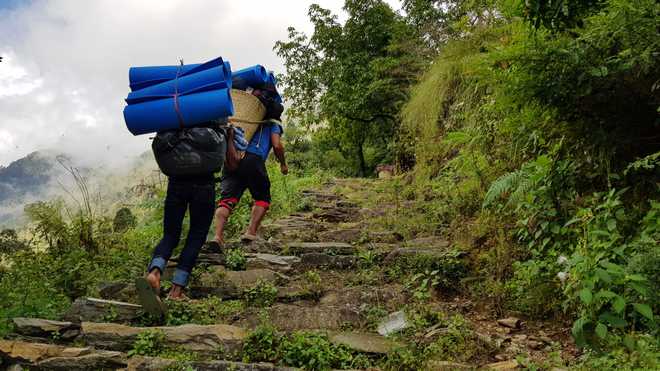 The Lahaul and Spiti administration has banned trekking and mountaineering in the district from today in view of public safety. Deputy Commissioner, Lahaul and Spiti, Sumit Khimta issued an order in this regard.

He said a large number

of trekking enthusiasts undertook treacherous mountain treks in the district, making it a trekking/mountaineering hotspot. In September 2021, as many as 16 trekkers were left stranded and two casualties were reported at the Khamenger glacier in the Pin valley due to unprecedented heavy snowfall. The rest, too, were rescued later, but after a lot of hardships.

“During the onset of the winter season, the climatic conditions tend to change very quickly, posing a threat to the life of the trekkers. Also, conducting search and rescue operations in such conditions is a very risky process,” he added.

The Deputy Commissioner stated that trekking and mountaineering on all the treks would be banned in the entire territorial jurisdiction of the district till further orders.

Any violation of this order will attract the provisions of Sections 188 of the Indian Penal Code and Section 51 of Disaster Management Act-2005, which attract imprisonment, extending up to two years or fine, or both.