The traditional rituals were performed by Bir Bahadur Singh, the “kardar” of the Rana dynasty 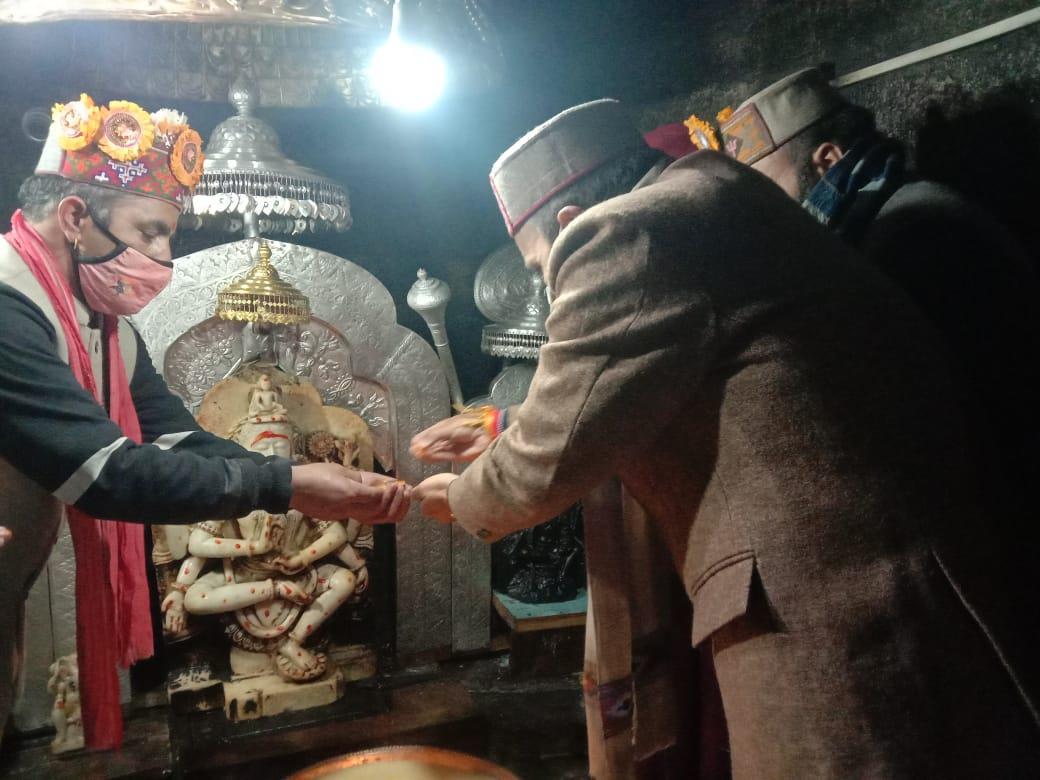 Technical Education and Tribal Development Minister Ram Lal Markanda participated in special rituals on the “Udang” festival at Trilokinath and Meling Mahadev in the Pattan valley to formally inaugurate the Snow Festival at Lahaul today. He said at the famous Trilokinath Temple, prayers were offered for the happiness and prosperity of the valley. At the same time, at the Meling Mahadev temple, prayers are offered by opening the doors of the temple.

The minister said the idol of Trilokinath at the temple is given a bath with milk and curd amid folk music and instruments playing in the background. Residents of Tunde village bring milk and curd from their homes with reverence. The traditional rituals were performed by Bir Bahadur Singh, the “kardar” of the Rana dynasty. The masses, especially elders, aspire for the benefit of auspicious darshan early in the morning on the day of “Udang” so that they may have a good time throughout the year and get the desired benefits.

The minister said on Thursday night, people of the Gahar valley celebrated Halda, a festival of torches, with much fervour. He announced to provide Rs 5 lakh for the construction of the Meling Mahadev temple and Rs 15,000 to Meling Mahila Mandal.