The old structure, however, gave way while the labourers were at work

Two people are feared trapped inside the rubble of a four-storey building which collapsed around 1:30 am at Sector 2 of Parwanoo on Tuesday.

The building was recently purchased by one Pawan Singla who had engaged three labourers for its cleaning.

The old structure, however, gave way while the labourers were at work. While one of them managed to rescue himself, two others were trapped under the rubble, informed Commandant Home Guards Dr Shiv Kumar Sharma, who had rushed in a team for rescue. 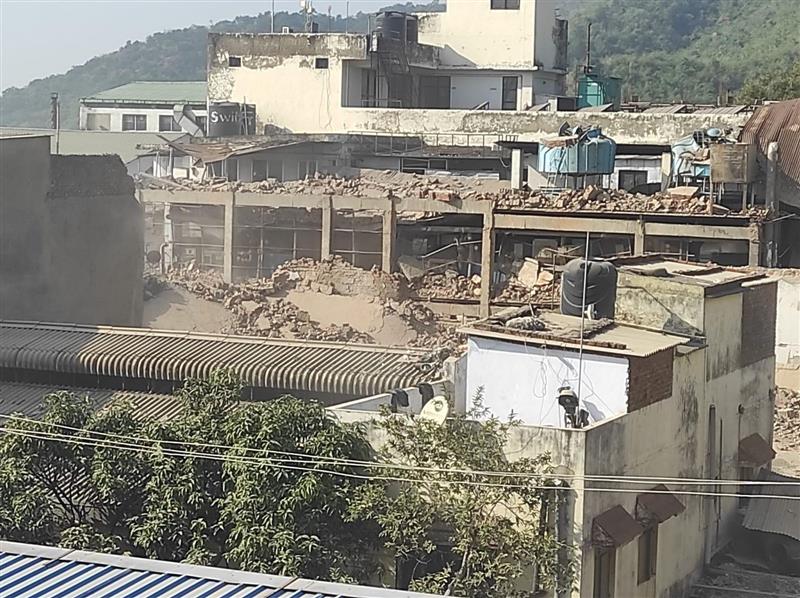 Operations were underway to rescue the trapped labourers who had been engaged from nearby Haryana for the job this morning.

Policemen, fire staff and home guards were engaged in the rescue operation.

The building which was owned by Microtech Company had been sold to Singla who wanted to set up an enterprise there.