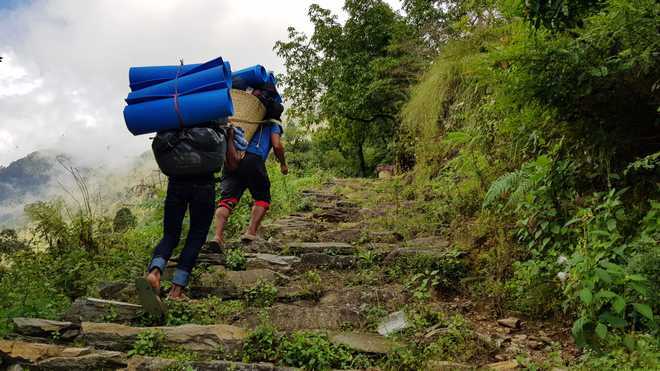 Two trekkers have died while 14 others are stranded at Khemenger Glacier in tribal district Lahaul Spiti.

According to the police, a team from the Areat Mountaineering Club, Kolkata, crossed the parahio call coming down to Khemenger Glacier in Spiti region.

Due to tough terrain in the region, two trekkers died.

DC, Lahaul Spiti, Neeraj Kumar said, “Today we received information that two trekkers died at the glacier, while 14 people are stranded in the area. Efforts were made to rescue the stranded people with the help of helicopter service in day time today but could not succeed.”

“Now a team comprising of Army and ITBP along with doctors has been sent to the spot to lead rescue operation,” said DC.

The deceased victims were identified as Bhaskar Dev and Sandeep Kumar, both natives of Kolkata.