Say they are being forced to pay 3.5 times more freight rates in comparison with other areas 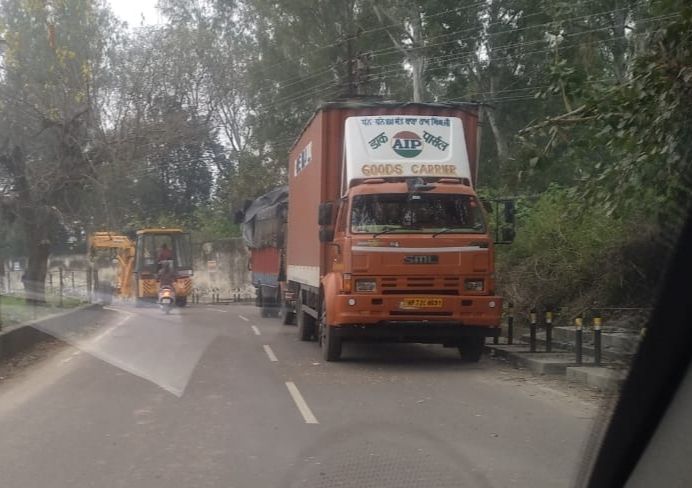 Trucks parked in a ‘no parking’ zone of the Mehatpur industrial area.

The industrial associations of Tahliwal, Mehatpur and Amb in Una district have sought the intervention of DGP Sanjay Kundu against alleged ‘fleecing’ by truck and tempo unions. They allege that they are being forced to pay 3.5 times more freight rates as compared to other parts of the country.

Meanwhile, the office-bearers of the industrial associations held a meeting with the DGP through video-conferencing today and apprised him of their problems.

CS Kapoor, president of the Mehatpur Industrial Association, said, “The truck and tempo unions park their vehicles in the no parking zone of the Mehatpur industrial area. Even when senior officials of the Industries Department tried to reason with the members of the unions against vehicle parking, they misbehaved with the officials. Members of the Tempo Operators Union set up illegal nakas near the industrial area and even check the private vehicles of the industrialists. We have brought the matter to the notice of the police but no action has been taken so far,” he alleged.

Rakesh Kaushal, president of the Industrial Association of Tahliwal, alleged that all truck unions in the state had reduced freight rates following the reduction in diesel prices in the country. However, in Una, the truck unions were not reducing their freight rates. “The industrialists of Una district are being forced to pay up to 3.5 times more freight rates as compared to other areas, affecting the viability of their products. The Himachal High Court has given clear directions to the district authorities that the truck unions cannot force the industrialists to hire their vehicles at higher rates. However, even the High Court orders are not being implemented,” he said.

Sources said that the DGP had asked the industrial associations to take up the matter with Minister for Transport and Industries Bikram Thakur or the officials of the Industries Department.

Unions have set up illegal checkposts