Use of heavy machines may have caused Shillai landslip: Geologists 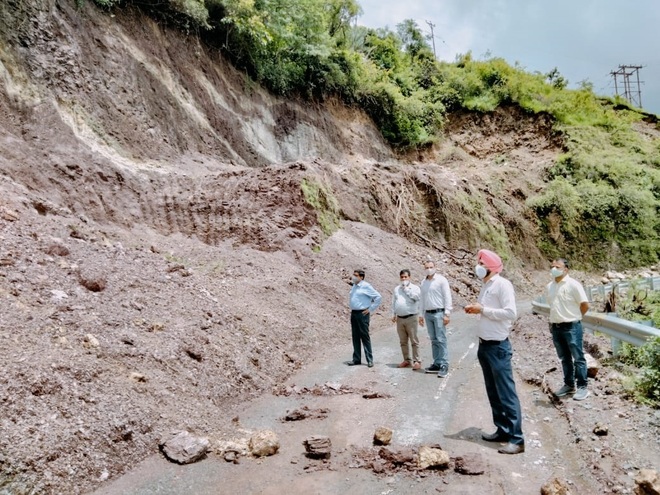 The use of heavy machinery like Poclain and earth excavation machines for mining limestone at the base of the valley which caved in at Kali Dhank Barwas in Shillai subdivision in Sirmaur district may have triggered the massive landslide, say geologists.

Assistant Geologist, Sirmaur, Suresh Bhardwaj said, “A limestone mine was operational at the base of the valley till about two years ago where the use of hydraulic machinery could have weakened the hill. The problem was aggravated by the presence of clay shales whose cutting for limestone mining disturbed its surface and seepage of excess water during the rains triggered the landslide.”

Sunil Kumar, a resident of Badwas, who resides within a periphery of 500 m from the spot, said, “The four-laning company has been recklessly dumping tonnes of debris at various places along the natural nullahs. This obstructed the natural flow of water towards the arable fields. An artificial lake has also been created at the village, which has aggravated the problem and destroyed three traditional water mills at Haivena village.”

He said though no four-laning work was underway at the affected site, reckless dumping along nearby nullahs had triggered this incident. He said small landslides had been occurring at various places along the highway in the monsoon season since the four-laning work began.

At Khajiaar village in Kamrau tehsil, too, a potable water resource has been damaged, causing hardships to people some days ago. “Only Rs 2,000 were extended by the private company which is too meagre given the damage incurred to their livelihood as the rural areas have little source of income,” added Sunil.