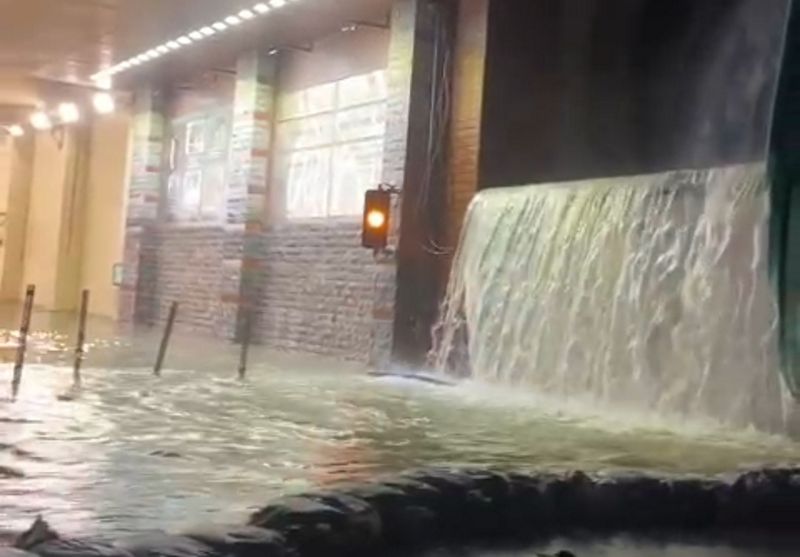 Water overflows on the road outside the south portal of the Atal Tunnel near Manali on Thursday.

Due to incessant rain, water overflowed on the road outside the south portal of Atal Tunnel Rohtang at Dhundi near Manali last night.

The video of the incident has gone viral on social media. However, traffic movement was not hampered. The water ingress choked the drainage outside the south portal due to which some volume of water also entered the tunnel but it passed through the drains built inside it.

According to the Border Roads Organisation (BRO), the ingress of water in the rainy season is a natural phenomenon. Project Yojak Chief Engineer Jitendra Prasad said the water overflowed because the debris had choked the drainage. He added that now the debris had been cleared from the drain.

He said that people should not pay heed to rumours as traffic was running normally.

Seri Nullah flows above the tunnel, which remains a headache for the BRO. The leakage from the nullah delayed the construction of Atal Tunnel by four years. Even now there is seepage from the Seri Nullah inside the tunnel. The BRO has asked the NHAI to plug the leakage.