People told not to go near Beas river 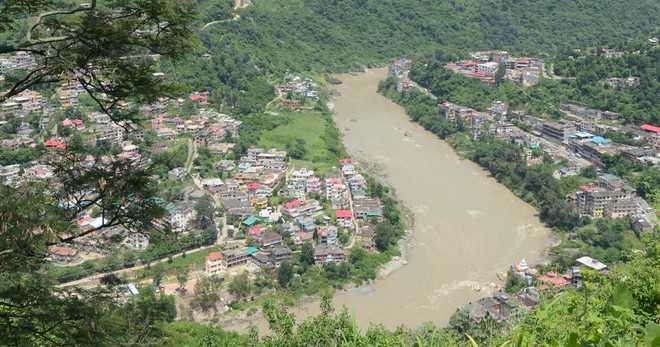 The mighty Beas flows through the districts of Kullu, Mandi, Hamirpur and Kangra. File photo

Authorities on Thursday warmed people, especially tourists, against going to the Beas river as huge water was released from the Pandoh Dam in Himachal Pradesh’s Mandi district in view of the alarming situation of the silt in the reservoir due to heavy rain.

The mighty Beas flows through the districts of Kullu, Mandi, Hamirpur and Kangra and ultimately its water goes into the Pong Dam, also known as Maharaja Pratap Sagar, located on the boundaries of Himachal Pradesh and Punjab near Talwara township.

It originates from Beas Kund near Rohtang pass of Kullu district and from there goes into Pandoh Dam and also flows towards Mandi district on the way to Kangra and Hamirpur districts.

A spokesperson of the district administration has advised people not to go near the river. PTI