A window on Himachal coming into being

Turns 49 today: Was granted statehood on Jan 25, 1971, after a long journey of accretion and amalgamation of territories 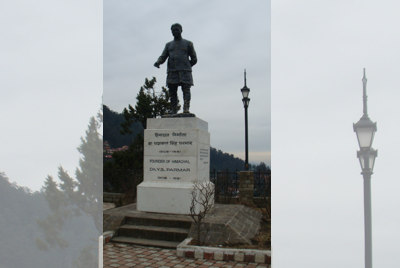 Today is Himachal’s Statehood Day. This is the day that Himachal became a full-fledged state of the Indian Union. There was a long process that went behind this.

The administration of Shimla district began under the ‘Political Agent’, which was the common phrase, although the correct designation was ‘Assistant Agent of the Governor-General, Political Department’. In 1829, this was changed to Political Assistant to the Resident of Delhi and in 1859, to ‘Deputy Commissioner of Simla and Superintendent of Hill States’. The same officer wore two hats — within the district, he was its Deputy Commissioner and the moment he stepped into the adjoining princely states, or a matter connected with them came to him, he took on the role of ‘Superintendent of Hill States’. He was an officer of the Indian Civil Service and belonged to the Punjab cadre.

At the end of the 1857 Great Uprising, in 1859, the power held by East India Company was transferred to the British Crown, which had now become the paramount power in India. Expectedly, this change affected the princely states of Himachal and the Government of Punjab controlled this relationship. After the Political Department of the Government of India came into being, from November 1921, the Punjab States Agency placed Mandi, Suket, Bilaspur, Sirmaur and Chamba in a direct relationship with the Government of India. At the time, the Shimla Hill States continued being handled by the Superintendent of Hill States.

In 1936, the Punjab Hill States Agency was created and now, the Hill States also entered into a direct relationship with the Government of India. In 1947, before Independence, the Resident, Punjab States, handled Suket, Chamba and Mandi while the Punjab Hill States Agency looked after the following — Bilaspur, Sirmaur, Bushair (along with Delath and Khaneti), Nalagarh, Keonthal (along with Koti, Theog, Ghund, Ratesh and Madhan), Baghat, Baghal, Jubbal (along with Ravingarh and Dhadi), Kumarsain, Bhajji, Mahlog, Sangri, Tharoch, Darkoti, Bija, Mangal, Kunihar, Kuthar, Balsan and Dhami.

After Independence, on 15 April, 1948, today’s Himachal Pradesh took its first steps as a centrally-administered Chief Commissioner’s Province; NC Mehta held this position and E. Penderel Moon was his deputy. At this time, the state had an area of 25,840 square kilometres. The first territorial change took place soon after on 15 January, 1950, when some irregularities with the borders with East Punjab, the United Provinces and PEPSU were ironed out; the accretion to Himachal’s territory was minimal.

In those early years, Shimla, Kasauli, Kandaghat, Dharampur and Chail were part of the PEPSU state. Between 1948 and 1956, PEPSU was a state comprising eight former princely states. The acronym ‘PEPSU’ stood for ‘Patiala and East Punjab States Union’. This consisted of the former salute states of Patiala, Jind, Kapurthala, Nabha, Faridkot and Malerkotla. The two other states were Kalsia and Nalagarh.

However, when Bilaspur was amalgamated in 1954, the state’s territory rose to 28,192 square kilometres. The Punjab Reorganisation Act, 1966 transferred 27,263 square kilometres to Himachal and consisted of Shimla, Kangra, Kullu and Lahaul and Spiti. Areas contiguous to Himachal, which were part of Punjab’s districts of Ambala, Gurdaspur and Hoshiarpur, were also pasted onto Himachal’s map.

When the state came into being, it had four districts —Chamba, Mahasu, Mandi and Sirmaur. When Bilaspur joined in, it became the fifth. On 1 May, 1960, a chunk of Mahasu was sliced away to create the district of Kinnaur. In 1966, coming on the heels of the reorganisation of Punjab, four more districts were added — Shimla, Kullu, Kangra and Lahaul and Spiti. On 1 September, 1972, following full-statehood, the district of Mahasu ceased to exist and in its place a new district, Solan, was created while Shimla district had its borders modified. At this time, Una and Hamirpur were also carved out of Kangra. Now, the state came to have 12 districts; this number and the area with each district have not changed to date.

As a Part ‘C’ State between 1952 and 1956, there were 36 ‘Territorial Constituencies’ and eight seats were reserved for the Scheduled Castes and Tribes. In 1954, this number rose to 51 with the amalgamation of Bilaspur. The Act of 1956 clipped the nascent democracy in the state and turned it into a union territory; this was given a reprieve in 1963 with the Union Territories Act of that year. It was only after 1971, when the state came into its own, that the democratic processes began maturing and since the state Assembly has had 68 members.