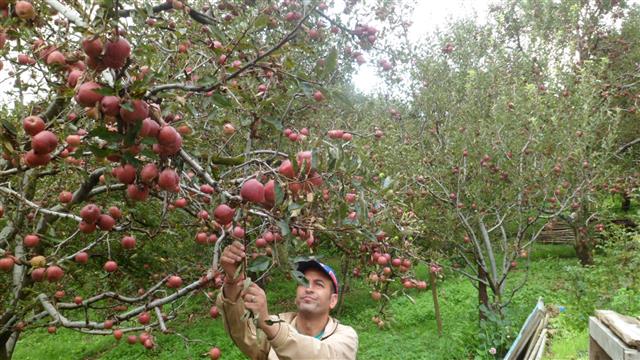 Apple growers of Himachal want Dr YS Parmar University of Horticulture and Forestry, Nauni, to pool in all efforts to develop “natural predators and horticultural mineral oils” to combat hydra-headed problems of crop failure, fungal and pest attacks triggered by climate change and overuse of chemicals in orchards.

At present, the university and the state Department of Horticulture have no focused research and development programme for natural predators and encouraging farmers to adopt them at a large scale in their orchards.

To double farmers’ income by 2022, the state government has been for the last two years promoting zero budget natural farming among farmers by holding camps and seminars. However, the results have remained elusive as far as doubling farmers’ income is concerned.

Instead of completely switching over to zero budget natural farming, apple growers are supporting a judicious mix of natural farming and modern farming to control pests and fungal infections with the use of a curious mix of natural predators and spray oils, which are the most effective horticultural practices to control pests and fungal attacks in orchards.

“Farmers in Europe and the USA are effectively using these predators and oils instead of chemicals to control pests and fungal attacks in orchards,” says Lakshman Thakur, chairman of Ecohorts and an apple farmer from Shimla district.

“These natural predators and mineral oils are the best bets to ensure better crop yields and quality apple fruit for consumers,” he says.

In view of climate change, the excessive use of expensive chemicals in orchards is nothing more than a hit-and-trial method that has adversely impacted crop yields and fruit quality in the state, Thakur adds.

“Time has come to say goodbye to upmarket chemicals, which are the main reasons for the killing of natural predators that result in epidemics of pest and fungal infection in orchards. Farmers are paying more for these chemicals to the agents of the companies,” he says.

Thakur says, “These natural predators for red and two spotted mites are available in international markets and are effective in controlling pests in capsicum and other vegetables being produced in green houses in many advanced countries. No chemical is sprayed and farmers get the best prices, while consumers get the best quality and healthy food”.

Use of chemicals encouraged

Farmers express surprise as to why the country’s research and development establishment has not done enough research to develop and introduce these practices.

Though a good crop depends on multiple factors such as management of apple orchards, moisture, temperature and pollination at the time of bloom, farmers say that there is a tendency among government officials and scientists to encourage the use of chemicals to control diseases that cause crop failure.

“Bumble bees are excellent natural pollinisers and lady birds eat up harmful insects. These should be bred abundantly by beekeepers and labs in and outside the state,” says Thakur. The use of mineral oils is a much healthier and more effective way than chemicals to control powdery mildew, scabs and defoliation and other fungal infections in orchards, he adds.

Govt must step in

He says the government must introduce natural predators as these are not being made available to farmers here by horticulture and agricultural universities.

Natural farming is one aspect, but efforts are needed on the part of the universities to ramp up research on natural predators and farmer-friendly insects to maintain the ecological balance and fight climate change, says Thakur. These initiatives, if popularised, will increase crop yield for farmers, he adds.

Dr JN Sharma, Director Research of Dr YS Parmar University of Horticulture, says the university is at present updating the “package of practices” for farmers which also encourages the promotion of natural predators in orchards.

The Department of Horticulture has also set up a lab in Shimla that has developed healthy organisms that farmers are introducing in orchards to control pests, he adds.