Knowing well we can do damage, no team wants to face MI: coach Shane Bond 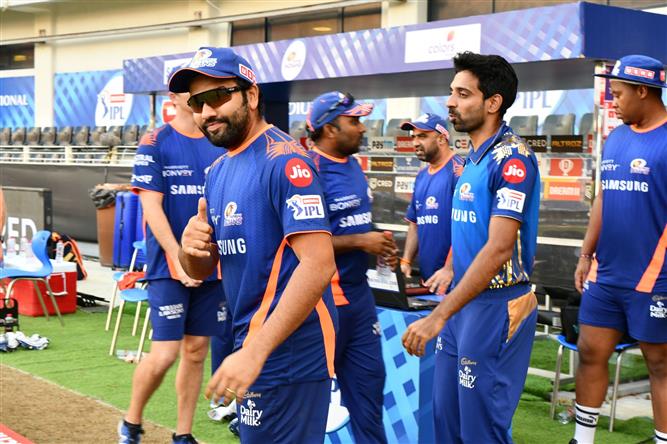 Mumbai Indians bowling coach Shane Bond on Wednesday said no team wanted to face them, knowing the extent of damage they could do with their explosive batting and lethal bowling attack.

Defending champions MI entered the play-offs of the 13th IPL with nine wins and 18 points.

"I think we are the team that nobody really wants to play, because they know if we play well, we can do some damage," Bond said on the eve of the first qualifier against Delhi Capitals.

"We have got a whole lot of players who have experienced winning the tournament. They know how to win with one tight game, so we go in with that weight behind us and that makes a huge difference," the former Kiwi pacer added.

He said that the team had a set of players who know how to play in key matches and that could be an advantage for the four-time champions against Delhi Capitals.

"You have got Pollards, the Rohits, Pandya brothers now, Suryakumar... guys who know how to win, they know the intensity of the finals, pressures of the finals, they have played well and have had success in those finals.

"So if you take that into the final (play-offs) against the team which hadn't had success and are nervous, then it goes in your advantage," he said.

"We are a team that knows how to win, we have got some big players in our team… we still have to play bloody well, because we play whoever has earned their spots and are outstanding teams.

"There is confidence in this group that we know how to get the job done."

Mumbai Indians had rested key pacers Jasprit Bumrah and Trent Boult in the game against SRH, which they lost by 10 wickets, but Bond defended the decision saying that was done with a long-term view.

"Trent and Jasprit have been outstanding in the way they have played.

"We knew not only with back to back fixtures, but also from travel back and forth from Dubai to Sharjah, that it was an opportunity for us to give those guys a break and freshen up, knowing that we have got at-least two games coming up, and possibly three.

"You will hopefully get the benefits of giving those guys rest a week down the track and both boys enjoyed the rest.

"We have a bowling squad, particularly the fast bowlers, who are all ready to play, so if we pick up an injury, we know everybody has hit the game time, which puts us in a really good position."

"The bonus from batting point of view is Kieron Pollard got to face 20 balls and whacked it, so that puts him in great shape for the finals because he hasn't hit too much batting, in terms of that it has worked out pretty good," said the bowling coach. PTI