Took cue from RCB bowlers by observing them: M Ashwin 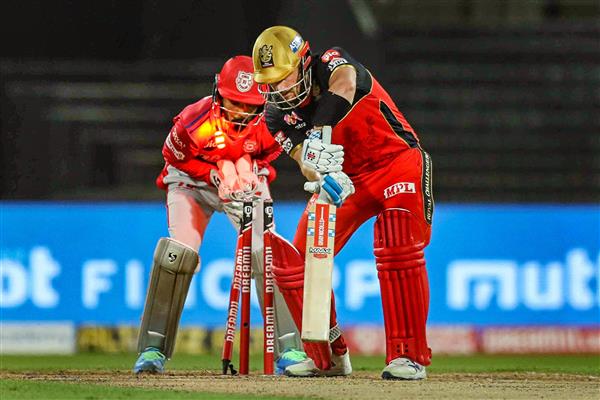 Kings XI Punjab leg-spinner Murugan Ashwin has credited the lessons learnt from observing Royal Challengers Bangalore tweakers for his fine economical performance against the same side in an IPL clash here.

Ashwin dismissed the dangerous pair of Aaron Finch and Washington Sundar, giving away only 23 runs in his four-over quota, a performance that played a significant role in Kings XI Punjab's much-needed eight-wicket victory over RCB on Thursday.

The 30-year-old leg-spinner said watching Yuzvendra Chahal and Sundar bowl during RCB's thumping 82-run win over KKR the other day helped him find the right length at the same small Sharjah ground.

"The wicket was holding up a bit. It was about executing length. It did have something for spinners. I was watching the ball previous game which RCB played. How their spinners bowled. I took a cue from that," Ashwin said at the post-match press conference.

"I wanted to hit the right length and try to turn it as much as possible, turn it both ways." Chahal had conceded only 12 runs in his four overs with one wicket while Sundar dismissed two batsmen and gave away only 20 runs in his quota of overs in the clash against KKR.

Ashwin said bowling on a ground that has small boundaries is challenging.

"It's a challenge and you have to accept it. You need to adapt and that's what we do in practice. If we can overcome that, that's the right way forward," he said.

"This is a game of T20, all are close games. It's about who gets the better. It's about replicating these moments and keep adding to the points table." West Indian marauder Chris Gayle made a swashbuckling entry to the Punjab side by playing a six-laden 53-run knock and Ashwin said that the 'Universe Boss' adds to the energy in the team.

"Chris coming back, gives a lot of energy to the side. We did not lose spirit even when we were losing. We were playing good cricket and it's just about getting over the line."

"We will take each game at a time. Make sure you cross the line and execute what you practice." RCB all-rounder Chris Morris, like his skipper Virat Kohli, was asked about the move to send AB De Villiers down the order. He also justified the move, saying it was done to counter the leg-spinners.

"It's difficult to keep consistent line to a right-left combination. The wicket was getting slow towards the end. We did think we had enough runs but maybe we leaked boundaries, maybe the gameplan got slightly wrong but it went to the last over last ball, the boys stuck," he said.

Asked if the middle overs, when the boundaries dried up for them, cost them since they did not force the pace, Morris said, "It's easy to say it now (to force pace in middle overs). We had enough runs, we should have defended that." He was also effusive in his praise for Gayle.

"He's got a lot of experience. He is a class player, got those records for a reason. All batters played well," he said. PTI