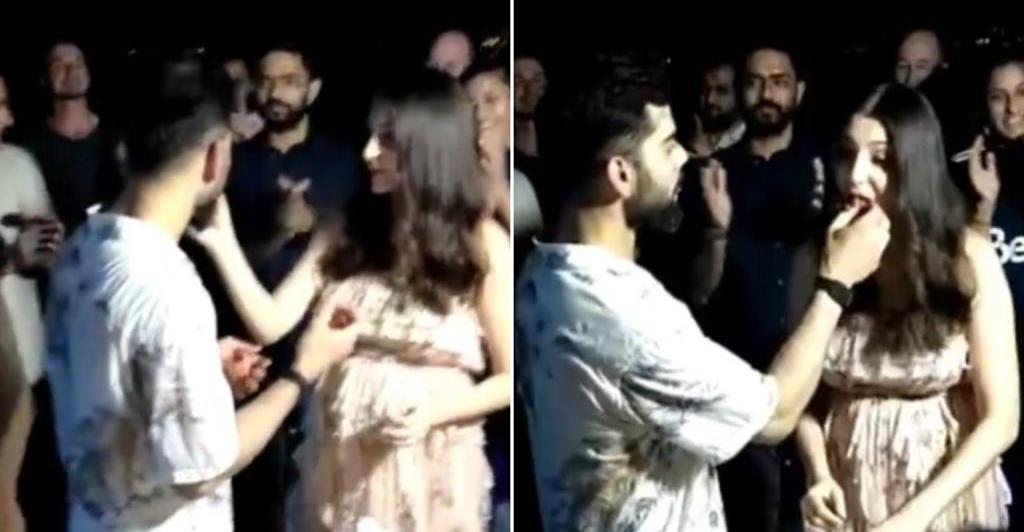 Virat Kohli celebrated his 32nd birthday with his wife and actress Anushka Sharma in Dubai.

A clip shared from Virat's birthday bash has surfaced online. In the clip, shared by Viral Bhayani on Instagram, Anushka was seen feeding Virat a cake. In return, Virat plants a kiss on her forehead, and hugs her.

Check out the video:

Virat and Anushka are expecting their first child together.

Recently, Virat took to Instagram to share a romantic picture of him and Anushka taking a dip in the sea. Virat credited his RCB teammate AB de Villiers for the photo.

In the image, Virat and Anushka can be seen gazing lovingly into each other’s eyes.