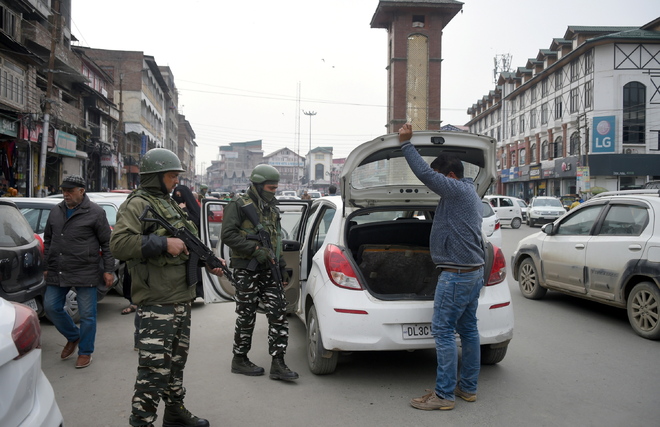 Security forces have arrested two militant associates of the Lashkar-e-Toiba (LeT) and recovered incriminating material from their possession in Bandipora district, the police said on Saturday.

Acting on specific inputs, security forces established a checkpoint near the Papachan-Bandipora bridge and apprehended two militant associates linked with the proscribed outfit LeT on Friday, a police official said.

He identified them as Abid Waza and Bashir Ahmad Gojer, both residents of Bandipora in north Kashmir.

The official said as per the police records, they were involved in providing shelter, logistics and other support to the active militants in the area.

They were tasked by their handlers to carry out a grenade attack on security forces in Bandipora, he said.

Incriminating material, including two hand grenades, were recovered from their possession, the official said. — PTI