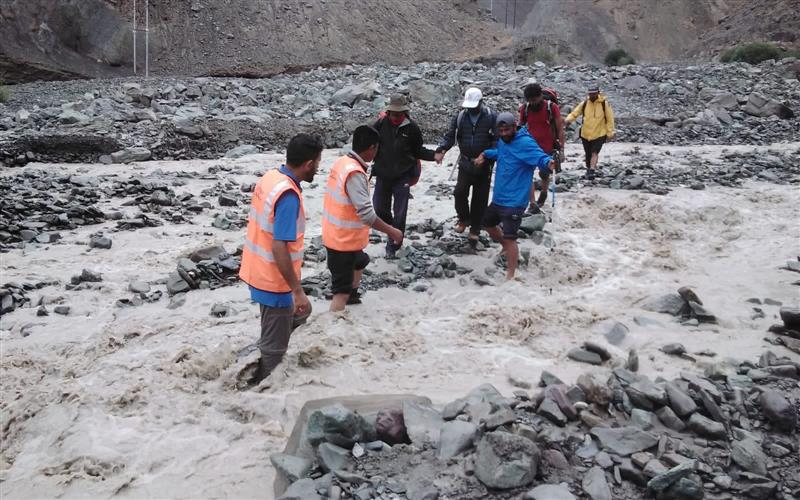 Trekkers being rescued by the Disaster Response Force in Leh district of Ladakh on Monday. Tribune photo

Twenty trekkers were rescued by the Disaster Response Force in Leh district of Ladakh today when they were stuck due to heavy rain in the region.

The trekkers from Steel Authority of India Limited (SAIL), who had come to Ladakh for trekking, were stuck in the Rumbak valley. “The trekkers from SAIL were rescued after strenuous efforts by the UT Disaster Response Force, Leh,” said an official spokesperson for the Ladakh police.

Meanwhile, the Kargil police in Ladakh rescued a group of shepherds from the Zero Point area and shifted them to the Tunnel Stop area in Gumri. The operation was carried out late yesterday when the shepherds made an SOS call to the police after heavy rain in the area.