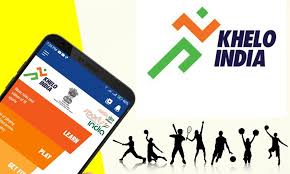 A total of 28 best sportspersons from Jammu and Kashmir are participating in the third chapter of the Khelo India Games, which was inaugurated at Guwahati in Assam on Friday.

The sports event started today. To arrive at this level, the participating athletes must have come through the zone level, district level, divisional level, state level and the HDFI nationals.

“Only the top players are recommended for Khelo India and they can be from any district. We don’t pick up players district-wise. Only the best players are picked,” the official said.

During the 10-day event, a lot of games would be played simultaneously, he said.

When asked whether there should have been more representation from Kashmir, he said: “When we see the sports infrastructure in other parts of the country and then we look at ours in J&K, we are far behind.”

He said: “Lately, we have started moving in the right direction but we have not reached anywhere. Most of the participating athletes are wild-card entries as the Centre does not want J&K to be unrepresented.”

He said people outside J&K were identifying land and setting up various sports facilities under the PPP mode under one roof. “Outside there are indoor stadia, outdoor stadia and multiple facilities through the PPP mode. It is cost effective and sustainable for such kinds of projects,” he said.

“We have just started building sports infrastructure in J&K but in other states work on sports facilities has been going on for many years and it has started showing them results,” he said.