Pillion rider wearing a burqa walked to window of wine shop and dropped a grenade inside the shop through porthole window and thereafter fled away on bike from spot: Police 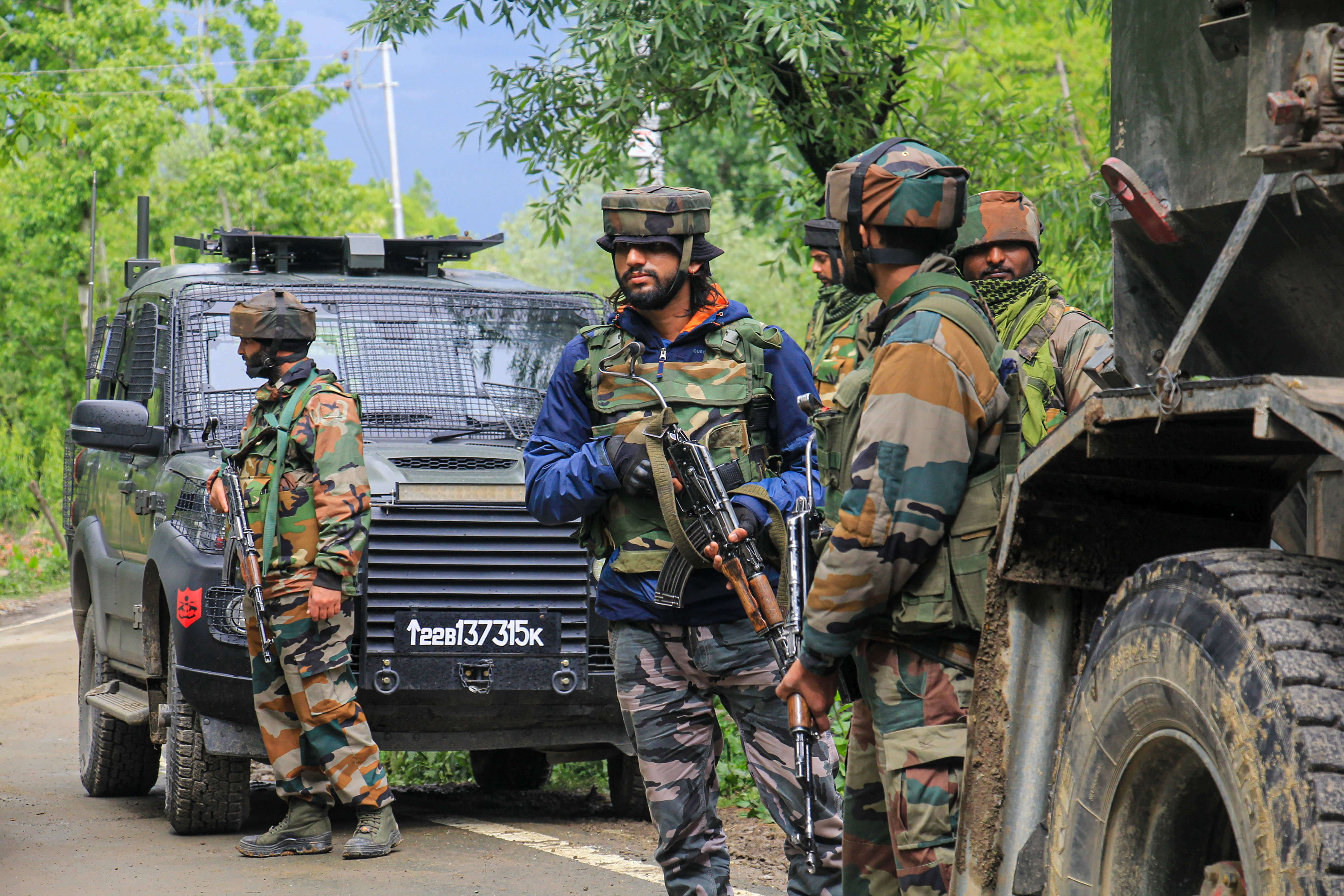 A burqa-clad terrorist walked up to a newly-opened wine shop in Jammu and Kashmir’s Baramulla district, dropped a grenade inside through the porthole window, causing an explosion which killed one employee and left three others injured, police said.

A police spokesman said the attacker was riding pillion on a bike that stopped near the wine shop at Dewan Bagh in Baramulla around 8.30 pm.

“The pillion rider wearing a Burqa walked to the window of the wine shop and dropped a grenade inside the shop through the porthole window and thereafter fled away on the bike from the spot,” he said.

“Four employees of the said shop got injured. Among them one succumbed to his injuries,” the spokesman said.

He said the four employees have received splinter injuries in the terror attack.

“All the injured were immediately shifted to a nearby hospital. However, one of the injured identified as Ranjit Singh, a resident of Bakra in Rajouri district, succumbed to injuries,” he added.

The other injured employees have been identified as Govardhan Singh, Ravi Kumar, both residents of Billawar in Kathua and Govind Singh, a resident of Kangra in Rajouri, he said adding Govind Singh has been referred to Srinagar hospital for specialised treatment.

The spokesman said senior police officers immediately reached the crime scene. “The area has been cordoned and a search is going on.” PTI