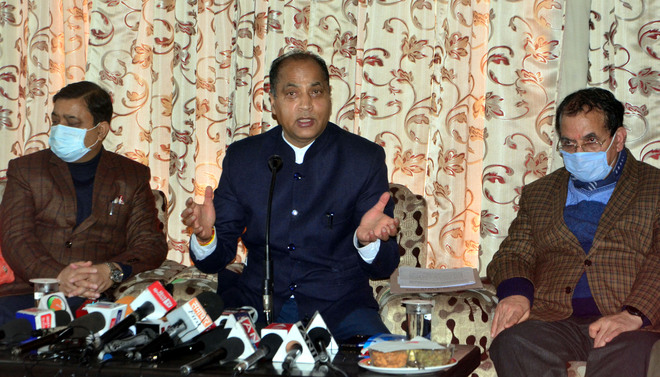 Chief Minister Jai Ram Thakur, addressing a press conference here today, said the government had given a push to development in the past three years. The Congress, in its rule of about 40 years in the state, gave just two municipal corporations. The BJP government gave three new MCs — Palampur, Mandi and Solan.

He said the government had efficiently controlled the spread of coronavirus as well the avian flu.

The government had shut poultry meat shops and and banned fishery in the Pong lake as precaution. While poultry had been affected in Haryana, in Himachalthe spread had been curtailed.

He said a motor boat would be provided to the Wildlife Department to collect and dispose of the dead birds floating in the lake. The department had three boats, but they were insufficient.

The completion of 50 years of statehood of Himachal would be celebrated on January 25 this year. Various functions would be held.