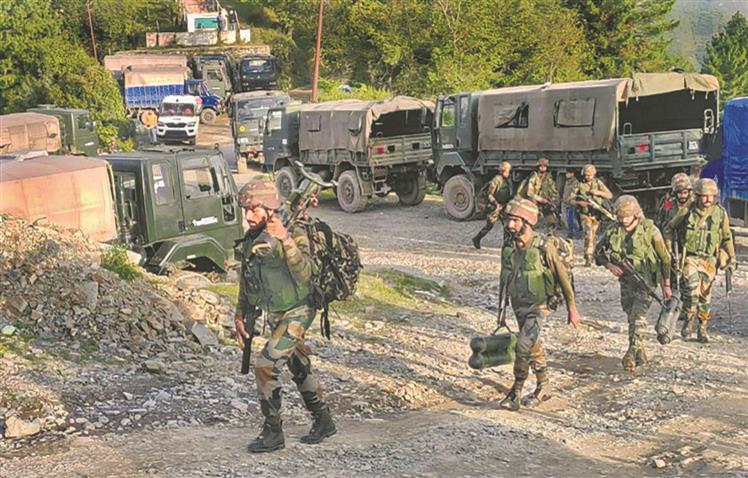 Security personnel at the encounter site in Surankote area of Poonch. PTI

Five Army personnel, including a Junior Commissioned Officer (JCO), were killed in a fierce gunfight during an anti-insurgency operation in Poonch district of Jammu and Kashmir on Monday.

They were part of an operation launched in a village close to Dera Ki Gali in Surankote in the early hours following Intelligence inputs on the presence of terrorists after they infiltrated from across the Line of Control (LoC). The terrorists opened heavy fire on the search party, resulting in critical injuries to the JCO and four other soldiers. All five succumbed to their injuries at a nearby military hospital.

The Army has information that a group of heavily armed terrorists is hiding in Chamrer forest.