Mercury drops by a few notches after morning rain in Srinagar, but heat wave persists 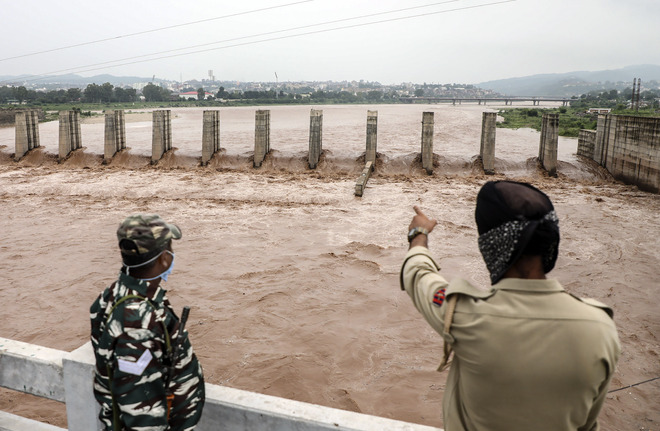 Security personnel look at the flooded Tawi after heavy rain in Jammu on Tuesday. PTI

Day after breaking the 39-year-old record, the maximum temperature in the summer capital dropped by a few notches today due to early morning rainfall. However, the day remained sunny later and the heat wave is expected to continue in the Valley.

An official of the Meteorological Department said Srinagar city recorded the maximum temperature of 31.2°C as compared to yesterday’s 35.7°C that was the hottest August day of the last 39 years. The city received 20.2 mm rainfall in the morning today.

Meanwhile, the weatherman has forecast scattered light to moderate rainfall in the Jammu region and isolated rain/thunderstorms in the Valley, besides dry weather in the Ladakh region. Kargil and Leh districts of Ladakh, too, recorded 89 and 58 per cent, respectively, deficient rainfall this summer.