Alert sounded after blast near Jammu bridge : The Tribune India 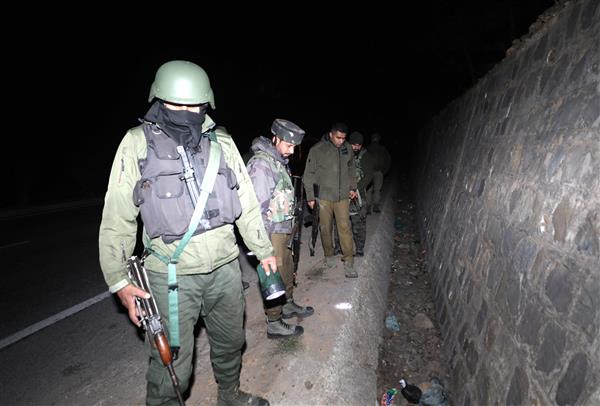 Security men during a search operation in Jammu. PTI

A high alert was sounded in Jammu after a suspected grenade blast on the outskirts of the city near Sidhra bridge on Tuesday night.

Jammu SSP Chandan Kohli said a thorough search was carried out and further details would be shared. He did not confirm if it was a grenade blast.

A bomb disposal squad and a dog squad were also called for a search operation in the area. Samples were also collected. Sources said it was apparently a grenade explosion as the wall in the area suffered damages. A vehicle checking drive was also carried out.