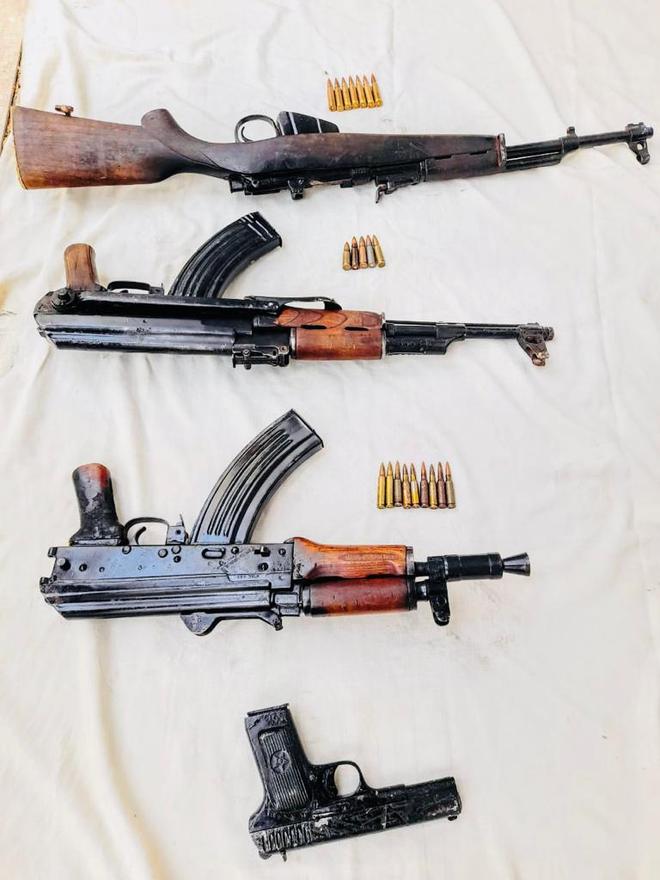 Security forces have seized a cache of arms and ammunition, including two pistols, during a search operation in Kishtwar district, Army officials said on Monday.

A joint team of the Army and police launched a search operation in Chhatru forest and seized arms, including two pistols, 40 rounds of ammunition, two wireless sets and other war-like stores. — PTI