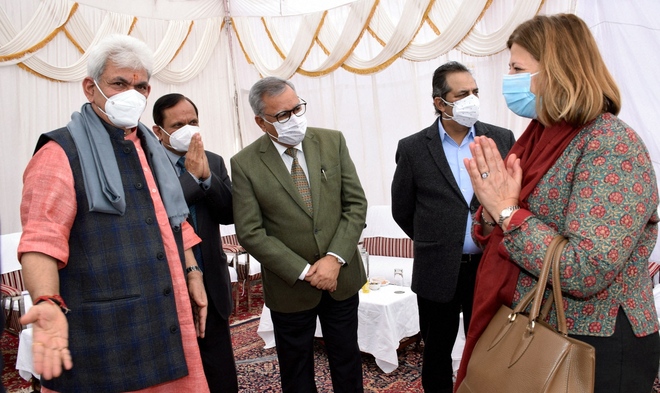 Foreign envoys wound up their two-day trip to Jammu and Kashmir on Thursday with a briefing by the Army, which told them how Kashmiris were choosing to ignore Pakistan propaganda and giving democracy a chance.

The team of heads of Missions visited the 15 Corps headquarters in Badami Bagh Cantonment today and interacted with General Officer Commanding Lt General BS Raju and Inspector General of Police Vijay Kumar before leaving for Jammu.

The envoys were briefed by the Army and police on the ground situation at the Line of Control and in the hinterland. They were told that as the LoC vigil heightened, terror organisations were using tunnels dug under seasonal riverbeds along the International Border in Jammu to push terrorists into India.

The perpetrators of the Pulwama terror attack in February 2019 had used a similar tunnel, they were told.

Later in Jammu, the envoys met L-G Manoj Sinha and discussed the challenges of development in the UT after August 5, 2019. — TNS