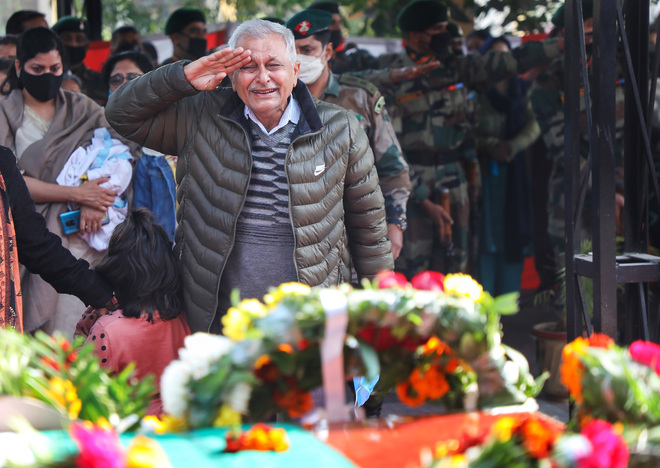 A 42-year-old Army officer, who died of a cardiac arrest in Ranchi last week, was cremated with full military honours at his hometown of Jammu on Sunday, a defence spokesman said.

Col Vikas Gautam, Commanding Officer, 23 Infantry Division Signal Regiment, died at his place of posting in Ranchi on February 18 and his mortal remains were brought to Jammu on Saturday.

Senior Army officers attended the wreath-laying ceremony before the body was consigned to flames at Shastri Nagar cremation ground on Sunday morning, the spokesman said. He said the officer is survived by his wife and two children. — PTI