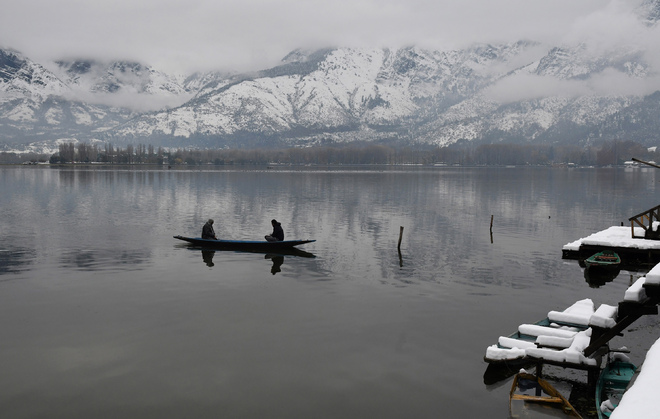 At minus 1.4 degrees Celsius, Srinagar recorded the coldest night of the season so far on Sunday.

An official of the local MET office said the minimum temperature was due to clear sky. “At minus 2.8 degrees, Pahalgam was the coldest place in Jammu and Kashmir.

“Due to the clear night sky expected till November 14, we expect the minimum temperatures to drop further in the coming days,” the official said.

The minimum temperature was 12.2 in Jammu city while in the Katra base camp town of Mata Vaishno Devi shrine the minimum was 12 degrees Celsius.

Bannihal, Batote and Baderwah towns of the Jammu division had 3.4, 6.8 and 3.4 as the minimum temperatures, respectively.

In the Ladakh union territory, Leh town recorded minus 10.6 and Kargil minus 4.2 as the minimum temperatures on Sunday. — IANS