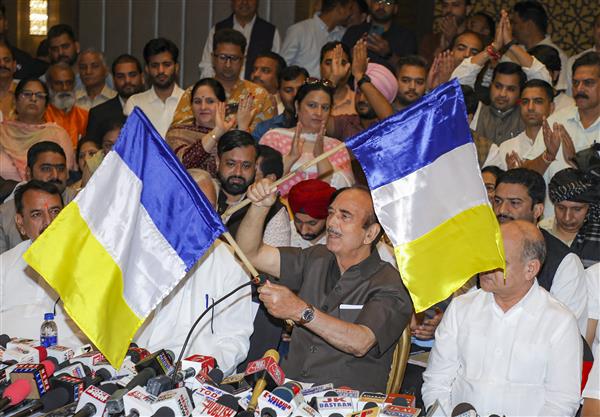 With Ghulam Nabi Azad coming up with his outfit—Democratic Azad Party, political analysts say it may dent the vote base of the established parties, mainly the Congress, in the UT.

Azad, who left the Congress last month, is the second prominent leader of the grand old party after Mufti Mohammad Sayeed to form his party in J&K. Mufti had formed PDP in 1999 which, within a few years, was able to challenge the National Conference.

Several leaders of prominent parties have in the past formed their own groups and though they can’t influence the vote bank in the entire UT, they can affect the established parties in a few constituencies, say experts.

Small parties may not have a major impact, but they can cut votes, benefiting big parties, such as the BJP and the NC. —Prof Anurag Gangal (retd), University of Jammu

Sajjad Lone-led People’s Conference, which won two seats in the 2014 Assembly polls, wields some influence in a few pockets of Kashmir.

Noted J&K political analyst Prof Rekha Chowdhary says most of the regional parties may not have a major effect on the vote bank as the politics of J&K is clear—the NC and the PDP having influence in Kashmir while the BJP in Jammu. “Congress’ vote bank in Jammu may shift to Ghulam Nabi Azad so his party may influence the Assembly polls. But it will depend on how aggressively Azad mobilises the vote base of the Congress towards him,” she says.

A Congress leader, requesting anonymity, said many prominent party leaders had joined Azad in J&K that has become a concern, as discussed in meetings. “There have been discussions as to how the party will go ahead in different parts of J&K where our leaders have joined Azad,” said the leader.

Retired Prof Anurag Gangal of University of Jammu said small parties might not have any major impact, they can become vote-cutters, giving a direct benefit to big parties, such as the BJP and the National Conference.