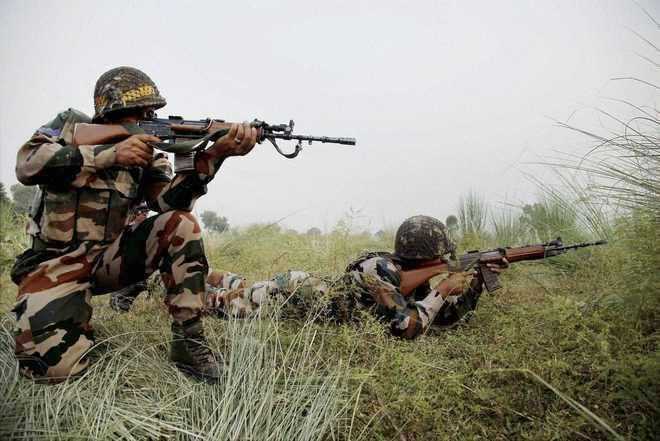 An unidentified Pakistani intruder was shot dead by the Border Security Force (BSF) along the international border in Samba district on Monday, officials said. File photo

An unidentified Pakistani intruder was shot dead by the Border Security Force (BSF) along the international border in Samba district on Monday, officials said.

Inspector General of BSF, Jammu Frontier, NS Jamwal said the intruder could be a terrorist guide who had come for a reconnaissance or was carrying something to deliver on this side of the border.

The incident took place near the Chak Faquira border post (border pillar No 64) in the Samba sector around 9.45 am, they said.

Jamwal said it was around 2.30 am that the alert BSF personnel noticed suspicious movement and kept a close watch on the intruder who hid himself in the bushes.

“Again at around 9.45 am, he started moving aggressively towards the border fence and was repeatedly warned by the sentry who fired a few rounds,” he told reporters, adding that the intruder was hit and killed. — PTI