Caught on CCTV, 2 cops killed as militant opens fire at police in Srinagar

Both were shot from close range 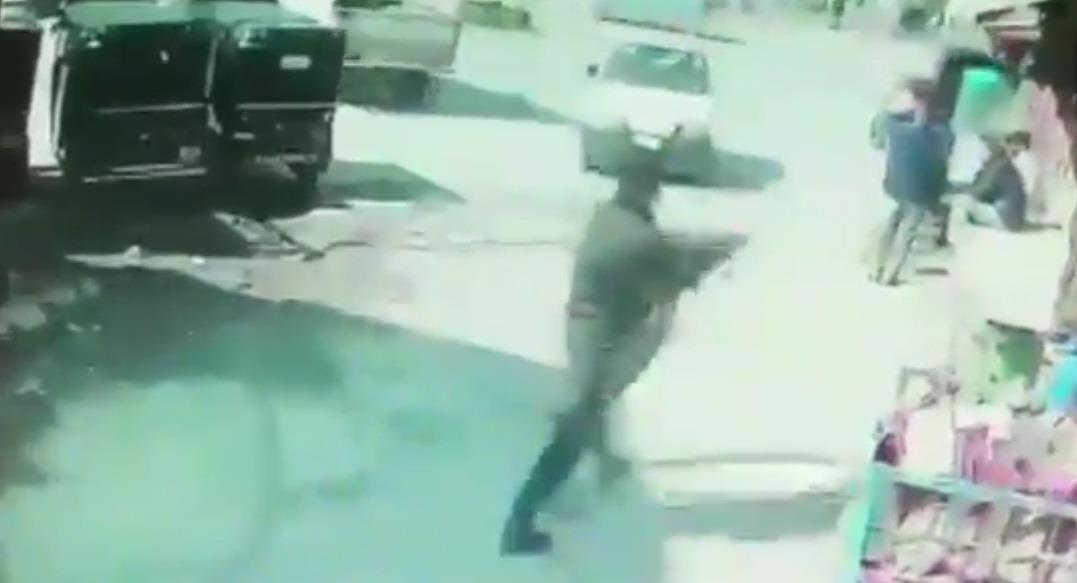 A militant gunned down two unarmed policemen in broad daylight in an upmarket Srinagar area, an incident witnessed by several people and captured on CCTV cameras, police said on Friday, two days after a similar shooting targeting the son of the owner of a city eatery.

The two policemen were on duty at Baghat on the high-security airport road when they were attacked. The militant, identified as Saqib, can be seen pulling out an assault rifle hidden inside his ‘pheran’, a loose over-garment worn during winters, and pumping bullets at them at close range.

The attacker can be seen fleeing from the spot as people scatter around in horror.

“We have identified the militant and we will soon catch hold of him,” Director-General of Jammu and Kashmir Police Dilbagh Singh told PTI here.

The two policemen were rushed to SMHS hospital. Constable Suhail was the first one to succumb while his colleague, constable Mohammed Yusuf, lost the battle of life as he was being wheeled into the operation theatre, police said.

Immediately after the incident, police teams rushed to the area and took into their possession recordings from CCTVs installed by shops and houses. This led them to identify the militant as Saquib from Barzulla area in the city. His affiliations were not immediately known.

This is the second attack in the city in three days.

On Wednesday evening, militants shot at and injured the son of a popular eatery owner in the city’s high security Durganag area.

“We have identified some people and they are being questioned by the police. I am sure the case will be cracked soon,” Singh said.

The attack in the city came as a 24-member delegation of envoys from various countries visited Jammu and Kashmir on Wednesday to assess the ground situation in the union territory. PTI