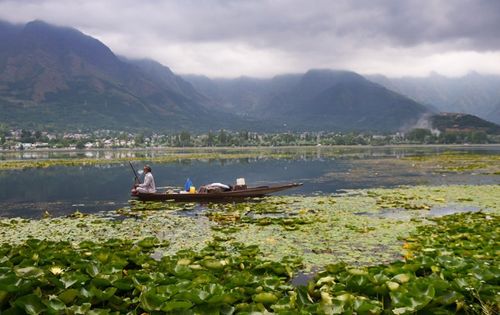 More than a year after the nullification of Articles 370 and 35A of the Constitution, the Centre today paved the way for people from outside Jammu and Kashmir to buy land in the union territory by amending several laws.

The government issued a notification repealing 12 laws enacted by the erstwhile state of Jammu and Kashmir and brought about changes in 14 other Acts.

UT’s up for sale

The amendments are unacceptable. J&K is now up for sale and the poor with small land holding will suffer. — Omar Abdullah, NC

In the notification, the Centre omitted the phrase "permanent resident of the state" from Section 17 of the Jammu and Kashmir Development Act that deals with disposal of the land in the union territory.

Before repeal of Article 370 and Article 35-A in August last year, non-residents could not buy any immovable property in Jammu and Kashmir. However, the fresh changes have paved the way for non-residents to buy land in the union territory.

Amending the domicile law, the government has allowed “spouse of a domicile to be deemed as domicile”. The norm was earlier applicable only to the children of Union Government officials posted in J&K for a period not less than 10 years.

A new body--J&K Industrial Development Corporation--has been set up and if it is unable to acquire land, the government can invoke the provisions of the Right to Fair Compensation Act and acquire the land on behalf of the corporation for public purposes. The Real Estate (Regulation and Development) Act (RERA), 2016, will now also be applicable in the UT.